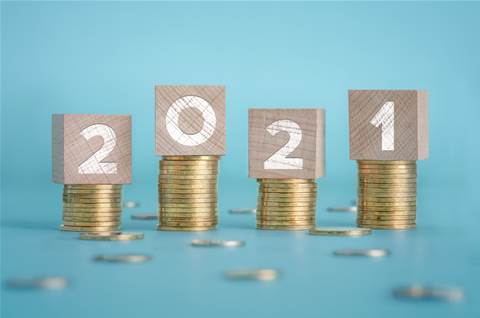 With most IT-related funding contained within the digital economy strategy announced ahead of time, distinctly fewer centrepiece initiatives were to be found on budget night than in previous years.

As revealed last week, the government will pour around half a billion dollars into myGov and the My Health Record system, as well as $54 million into a national AI centre, as part of a combined $1.2 billion package.

Other initiatives include a further $111.3 million for the consumer data right and $40.2 million to enhance location-based data infrastructure by creating a 3D digital atlas of Australia.

But there were still some surprises on the night, with budget documents providing a smattering of information about the digital economy strategy initiatives not found last week.

The Digital Transformation Agency, for instance, will receive $10 million to support the government’s digital transformation priorities.

At least some of this is due to its move from Services Australia to the Department of Prime Minister and Cabinet last month.

One big ticket item outside of the digital economy package is $120 million for the Department of Veteran’s Affairs to consolidate its IT system and create a data sharing analytics solution.

The budget will also provide $42 million to the Department of Home Affairs to secure critical infrastructure assets and help owners and operators respond to major cyber attacks.

An undisclosed amount will also be spent ramping up the build of GovERP, the government’s common SAP-based ERP system.

Budget documents also reveal that the Department of Education, Skills and Employment will receive $69 million to create a new vocational education and training national data asset.

The asset is expected to leverage the “existing capability of the Australian Bureau of Statistics’ multi-agency data integration project”, the government said.

The Federal Court of Australia, meanwhile, scored $29 million over four years to improve information sharing between the family law and the family violence and child protection systems.

The government said this will ensure “the best possible outcomes for children and families interacting with the family law system, including managing risk to family safety”.

The Australian Criminal Intelligence Commission (ACIC) will receive $51.8 million in 2021-22, including an undisclosed amount for the ongoing integration of the national criminal intelligence system.

ACIC is also one of a number of agencies to benefit from $10 million that will be used to support the introduction of the Telecommunications Legislation Amendment (International Production Orders) Bill.

The bill will create a new pathway for the bilateral exchange of information between Australia and the United States under the US Clarifying Lawful Overseas Use of Data Act (CLOUD Act).

A further $4 million will flow to the Commonwealth Ombudsman and Office of the Inspector-General of Intelligence and Security to oversee the government’s encryption-busting powers.

The government will also spend $37 million over three years modernising Australia’s trade system, including a review of the regulatory processes and IT systems that impact cross-border trade.

ForgeRock for Australia’s Trusted Digital Identity Framework (TDIF)
By Justin Hendry
May 12 2021
1:05AM