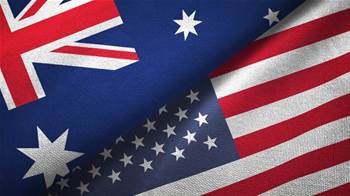 The federal government has introduced legislation to underpin a future bilateral agreement with the United States under its Clarifying Lawful Overseas Use of Data Act (the CLOUD Act).

The bill will establish a new framework under the Telecommunications (Interception and Access) Act to allow for “reciprocal cross-border access to communications data” for law enforcement purposes.

It will allow law enforcement and national security agencies to access data directly from communications providers, granted international agreements are in place.

Such a change is necessary for Australia to enter into future bilateral agreements with “like-minded foreign governments” such as the US, under the CLOUD Act.

The CLOUD Act was enacted by the US government last year primarily to compel US-based cloud and technology companies to hand over data held offshore under warrant.

A bilateral agreement under the CLOUD Act, however, is intended to improve law enforcement and national security agency access to data held by US-based service providers, and vice versa.

It will allow both country's governments to bypass the slow and awkward mutual legal assistance (MLA) mechanism currently used by law enforcement agencies to access information.

Australian and US officials have been negotiating a bilateral agreement since early 2018. A similar agreement has already been signed between the US and the United Kingdom.

Once these agreements are in place, law enforcement and national security agencies in each participating country will be able to “issue orders ... for the production of data directed to communications and technology companies in the other country’s jurisdiction”.

“These agreements would significantly reduce the time it currently takes to acquire communications data that is vital to law enforcement and security efforts,” the bill’s explanatory memorandum states.

In a statement, Minister for Home Affairs Peter Dutton said the bill was important for ensuring faster access to electronic information held by partner countries like the US.

“The global connectivity of the internet means evidence once stored in Australia and available under a domestic warrant is now distributed over many different services, in different countries,” he said.

“Investigations of serious crimes such as terrorism and child exploitation are too important to be stalled, or even derailed, by outdated, cumbersome processes when evidence includes communication data held in a different country.”

Dutton said the bill “includes technical amendments that ensure Australian service providers can respond to lawful orders for communications data from trusted countries with which Australia has an international agreement”.

He also said a bilateral agreement under the CLOUD Act would take into account “privacy and civil liberty protections” when communications data is provided to law enforcement and national security agencies.

“There will be no trade-off of Australia’s existing privacy and civil liberty protections to achieve this most welcome boost to our agencies’ ability to keep Australians safe,” he said.