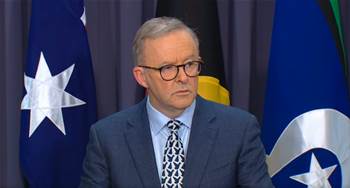 Prime Minister Anthony Albanese has elevated cyber security in cabinet with the appointment of Victorian MP Clare O’Neil as Minister for Cyber Security.

Under the previous government, responsibility for cyber security sat with former Home Affairs minister Karen Andrews, but was not recognised in its own right.

O’Neil, who will also serve as Minister for Home Affairs, comes to the role after more than a year as Shadow Minister for Senior Australians and Aged Care Services.

Prior to that, she spent 18 months as Shadow Minister for Innovation, Technology and the Future of Work, between June 2019 and January 2021.

Before entering parliament in 2013, the Fulbright Scholar was an engagement manager at McKinsey and also worked as a policy adviser to the then Treasurer Wayne Swan.

Also in the new ministry:

Brendan O’Connor has been appointed Minister for Skills and Training, which will likely see him take responsibility for Labor’s pledge to create 340,000 new tech jobs by 2030, while Katy Gallagher will become Minister for the Public Service, in addition to the Minister for Finance.

Albanese has also appointed a Minister for Defence Industry in Pat Conroy and an Assistant Minister for Competition, Charities and Treasury in Andrew Leigh.

“This is an exciting team. It’s a team which is overflowing with talent, with people absolutely committed to making a difference as ministers and assistant ministers in my government,” Albanese said.

“We had a position whereby we have an overflow of talent. It’s a mix of people who have served in the cabinet before. It is the most experienced incoming Labor Government in our history since Federation."

A swearing in ceremony will be held on Wednesday morning, followed by a full ministry meeting in the afternoon.