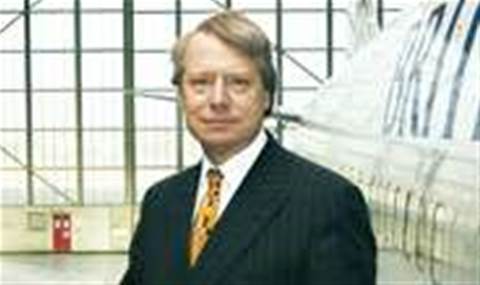 Airline investment in IT will plunge to unprecedented low levels this year as the industry struggles to cope with massive losses caused by the downturn, according to research.

Figures released at the SITA Air Transport IT Summit in Cannes suggest that operational spend for IT and telecommunications will be 1.7 per cent of airline revenue – the lowest since 2002.

According to the survey, which polled 200 IT decision-makers in the sector, airlines are in “survival mode”, with 72 per cent of firms looking to renegotiate vendor contracts and 70 per cent investing in IT that helps bring down operating costs.

Most businesses from the sector have already enacted measures such as consolidation of IT suppliers and infrastructure, as well as staff reductions and increased outsourcing.

“The drop in IT investment by airlines is a direct response to the $80bn in revenue that is expected to disappear this year due to falling passenger demand in our industry,” said Paul Coby, SITA chairman and British Airways chief information officer.

“For the first time in several years, there will be a year-on-year decline in IT spend. The focus everywhere is on doing even more with even less,” said Coby, who told Computing last month that BA had reduced its IT budget by 30 per cent.

“We are living in the most challenging times any of us have seen in the air transport industry. We should not be surprised that when survival is the issue for many carriers, that all but the most essential of IT investments has been put on the back-burner,” said Coby.

“But it is important to recognise that IT is also part of the solution to our challenges. Used well and effectively IT will cut costs and protect revenues,” he said.

According to Coby, the IT-driven revolution in the airline industry continues, and the web is the most important distribution channel for the sector – the survey suggests that 60 per cent of companies use online check-in and the figure is expected to rise to 92 per cent over the next three years.

Some 38 per cent of those polled do not provide any mobile services. But notifications about flight status and delays are the most popular services among the 38 per cent of companies who offer mobile functionality. Some 42 per cent have plans to do so within the next year.

“No one should be surprised by this. It tells me that airlines absolutely understand the importance of technology for the future, and what we are seeing here is the immediate and necessary response to the global recession,” said Coby.

"Every airline IT department in the world is contributing to the fight for survival not just with cost saving systems and automation such as online check-in and selling, but they themselves are saving costs,” he said.

Got a news tip for our journalists? Share it with us anonymously here.
Copyright © 2010 Computing
Tags:
airlines decline finance in it see spending unprecedented