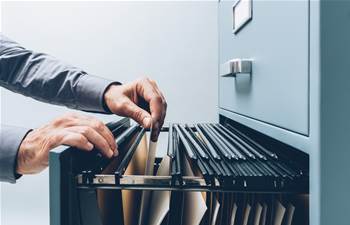 As part of investigation into unnamed individual.

The Australian Federal Police raided Nuix’s Sydney headquarters on Thursday amid an investigation by the corporate regulator.

In a financial filing, the data forensics company said a search warrant was carried out to seek documents “in relation to an investigation into the affairs of an individual”.

But it sought to downplay the event, saying “the warrant does not relate to any allegations of wrongdoing by the company”.

Nuix’s shares dropped in the wake of the announcement before recovering some ground.

Shares in the company were trading 2.3 percent lower at $2.55 at the time of publication.

The raid comes less than a week after the Australian Securities and Investments Commission confirmed it was reviewing Nuix’s $1.8 billion float last year.

“This concerns matters that have come to light subsequent to Nuix’s IPO [initial public offering] and listing in December 2020,” the spokesperson said.

Last week, chief executive officer Rod Vawdrey revealed he would resign from the company following the appointment of a new CEO.