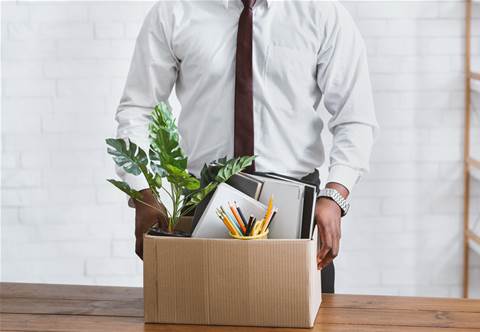 After weeks of controversy.

Nuix’s chief executive officer Rod Vawdrey and chief financial officer Stephen Doyle will step down after a tumultuous couple of weeks for the data forensics company.

In two separate financial filings on Tuesday, the company revealed that Vawdrey had “given notice of his decision to retire”, while Doyle's employment was “terminated by mutual agreement”.

Vawdrey will continue in his role for the time being while Nuix searches for a new CEO to “allow for an orderly leadership transition”.

The annoucements follow reports that the Australian Securities and Investments Commission is investigating the $1.8 billion float of the company last year.

Former chairman Tony Castagna is also reportedly the subject of an Australian Federal Police investigation into possible breaches of the Corporations Act.

Castagna had his consultancy agreement with Nuix terminated last month.

The investigations coincided with an earnings downgrade last month – the company’s second since late April.

Nuix chair Jeff Bleich said Vawdrey’s decision to retire “reflects his deep commitment to Nuix and love for the company”.

“Rod has agreed to remain at least through the announcement of end of year results, and throughout the process required to find the right replacement,” he said on Tuesday.

He added the board would honour Rod’s achievement “at an appropriate time in the future”, but for now was pleased he will “continue to lead and deliver for the company”.

Vawdrey said leading Nuix over more than five years had been an “honour and a privilege”, adding that scaling the company had completed his career ambitions.

“It has not been an easy decision to retire, but I believe now is an appropriate time to implement a succession plan to ensure the company has the right leader to take Nuix into its next phase,” he said.

Meanwhile, StarCity Entertainment Group non-executive director Chad Barton will step into the interim CFO role next Monday, though Doyle will be available for the handover of his responsibilities until June 30.

“I am delighted that someone of Chad’s calibre and extensive listed company experience is joining Nuix as interim CFO,” Vawdrey said.

Doyle, who has worked for Nuix for more than a decade, was thanked by Vawdrey for his “many years of service to Nuix" and wished "the best for the future”.