AFP gets budget backing to beef up account takeovers 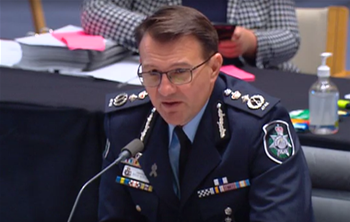 Commissioner says powers are the 'envy' of the world.

The Australian Federal Police will use a $142.2 million budget allocation to ramp up its use of controversial account takeover and data disruption powers that are the ‘envy’ of the United States.

“The budget actually reflects that we’ll be able to develop that specialist capability to be able to deploy those [Surveillance Legislation Amendment (Identify and Disrupt) Act] powers,” he said on Thursday.

Kershaw said the AFP had received $142.2 million over four years in the budget to “enhance the AFP’s specialist operational intelligence, collection and criminal asset confiscation capabilities”.

“This investment in our capabilities will enable us to use legislation such as the Surveillance Legislation (Identify and Disrupt) Act to combat organised crime threat, both here and abroad,” he said.

The warrants can be used to take of a person’s online account to gather evidence; add, copy, delete or alter material to disrupt criminal activity; and collect intelligence from online networks.

The Department of Home Affairs revealed the powers were being used by the AFP and the ACIC in December, with the AFP, aswell as the Australian Criminal Intelligence Commission, using the first few months to worth through “administrative steps”.

Kershaw confirmed to the committee that the AFP had now used two of the three warrants under the Surveillance Legislation Amendment (Identify and Disrupt) Act: network activity and account takeover.

He said the AFP’s use of the network activity warrant had already resulted in a visit from the Inspector-General of Intelligence and Security, which has oversight of the three warrants.

“We have had our first visit already on that because we have used those powers,” Kershaw told the committee.

“That enables us to map out criminal networks and then use that intelligence to gain a better understanding of encrypted communications, for example.”

Kershaw said the “hostile account takeover” warrant, meanwhile, had been “very useful” in the child protection area, where predators often refused to reveal their identity.

He described the warrant as “unique”, with the US authorities expressing envy during a recent trip of his.

“Having just returned from the US and sharing those powers, they were fairly envious from a law enforcement point of view that Australia is leading the way in these areas,” Kershaw said.

He said it was also clear that Australia is “well and truly ahead when it comes to targeting criminality online and also mapping criminal networks” during the recent ASEANAPOL conference.

“So, for us, the budget then backs that uo with us being able to populate specialised teamsn, improve our technical capability,” Kershaw said.

“We have to stay a step ahead and outsmart crime, which I’m pleased to stay we have been and we will.”

“We have other covert operation now that are utilising these powers and already we’re discovering things that we wouldn’t be able to discover without these powers.”

Kershaw did not indicate whether the AFP had used the data disruption warrant.