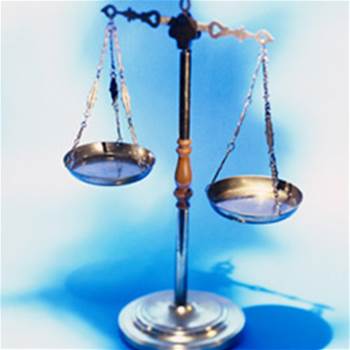 AFACT is seeking to be exempted from 40 per cent of costs in its trial brought against iiNet, despite Justice Cowdroy's original judgement ordering AFACT to pay all costs.

While iiNet was awarded the case, AFACT is citing four separate issues within the trial it claims to have won over iiNet, therefore relinquishing its accountability for these specific costs.

Specifically, the issues cover iiNet's failed Telecommunications Act defence, and its unsuccessful claim that it was protected under section 112E of the Copyright Act.

Appearing today in the Federal Court, Justice Cowdroy sought clarification from AFACT as to how it calculated this percentage.

"You're saying you should not meet more than 60 per cent of costs," he said. "Are you then allocating 10 per cent to each of these issues?"

AFACT representative John Hennessey then went into lengthy detail of past cases that awarded proportionate costs at the conclusion of the trial.

"I am highlighting a contemporary practice in courts of the proportioning of costs," he said.

He further went on to say that AFACT considered this a case in which neither party was successful.

Justice Cowdroy asked the applicant to clarify this, as the case had been awarded to iiNet.

"Is it the ultimate orders of the court that judges whether the case is ultimately successful?" he asked. "What's mixed about this case?" Justice Cowdroy continued, saying that the judgement was clear.

In referring to past cases where the judge awarded proportionate costs, Hennessey said that authorities looked within each case and addressed issues within a proceeding rather than looking at the specific outcome.

"This is an appropriate candidate for proportionment," he said. "iiNet had addressed the four issues as discrete matters."

Justice Cowdroy conceded that the way the case was conducted helps AFACT on its application.

"Your submissions have been very clear. You've put them very powerfully," he said.

In response to the application, iiNet representative Richard Cobden said that the cases AFACT highlighted as precedent for the payment of proportional costs should not apply in this instance.

"Conditions are different if a respondent is brought to court against his will," he said. "The costs follow the event."

He pointed out that even if iiNet had not succeeded, it would be entitled to orders and indemnity costs.

AFACT said that iiNet's assertion that only a "miniscule" amount of time was spent on discussing the four issues in question was "quite unbelievable".

Cobden replied with calculations that the issues in question took up between one and three percent of the court transcripts.

Justice Cowdroy reserved his decision in order to consider the comprehensive evidence provided by each side.