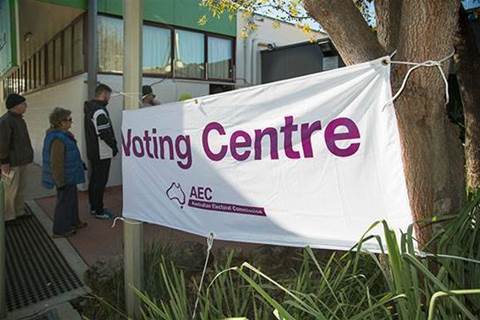 Voters might like their democracy sausage, but when it comes to actually casting a ballot it seems nobody much likes standing in line to get their name crossed off and handed their bit of paper.

With writs due to be issued any day, the Australian Electoral Commission has revealed it's partnered with Deakin University’s Institute for Intelligent Systems Research and Innovation (IISRI) to build computer models aimed at making election days less of line-up for voters.

The AEC said in its 2017-18 annual report that improving the voter experience, in particular queuing, “was identified as a lesson to be learned following the 2016 federal election”.

As a result, Deakin University was then engaged to capture data on polling place performance and build computer-based simulations to ensure voters at this year’s federal poll get their snag-laden electoral obligations completed in a more timely fashion.

IISRI researchers used time and motion studies, along with modelling and process design, to inform the simulations and improve polling processes along with the positioning of staff and materials.

Project lead at IISRI, associate professor Michael Johnstone, said the 2017 by-election in the Sydney seat of Bennelong and other trial events were used to collect data and validate simulations.

“Our analysis showed instances where excessive queues could form, prompting the need for changes in resource planning for polling places.

“We also tested different issuing points and voting screens resource levels, looking for bottlenecks and options to improve the system,” he said.

Johnstone conceded, however, that queues at polling places are nonetheless unavoidable due to variations in the arrival rates of electors.

“But our model can provide an estimate of queue times and behaviour, helping electoral officers to more accurately predict resource requirement for materials and personnel and to find the right balance between polling place performance and cost,” he added.

“With this ongoing project, IISRI will continue working with the AEC to further develop simulation models, including capturing data at electoral events, with the aim of improving the efficiency of AEC processes and, ultimately, enhancing the election experience for voters.”

The AEC said, "the data-analysis and adjustment to election planning parameters has the potential to reduce queues, better manage ballot paper stocks and improve the working hours of polling officials."

The commission has awarded IISRI a three-year contract to continue expanding their work and improve the accuracy of their simulations.