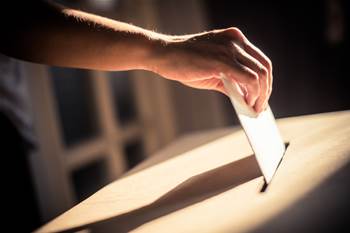 Australia’s three core electoral IT systems will be replaced by a series of modular solutions likely to be hosted in a protected-level Azure environment under the next stage of a once-in-a-generation upgrade aimed at reducing cyber security and integrity risks.

As the threat of election interference continues to grow, the Australian Electoral Commission on Thursday issued a request for information for tranche two of the long-overdue election systems modernisation program, known as ‘Indigo’.

It comes almost four years after the agency first revealed plans for the overhaul of its 30-year-old IT systems, and two years since the federal government set aside an initial $96.7 million to kickstart the work.

Accenture and Canberra-based IT service management provider Epicon were brought on board to deliver the capabilities in March at a cost of $58.3 million, with delivery expected by the end of June 2023.

Under tranche two, the AEC is now looking to replace the three core systems that support election management, including the roll management system (RMANS) and the general enrolment election support information system (GENESIS).

Consisting of seven subsystems, RMANS is an inward-facing mainframe application built on Abadas/Natural that is used to “support the management of the electoral roll and storage of enrolled citizens”.

According to the RFI, RMANS and ELMS are “increasingly unable to be maintained and sustained due to technical resource constraints”, with the hard coded systems presenting “increasing technical risk (operational and security)” and limited opportunity for automation.

Having already “consolidated development around the Microsoft technology stack and away from the Java stack” in tranche one, AEC is planning to transition the core systems to modular solutions, and possibly to a protected-level Azure platform.

As part of electoral roll management package, the AEC is also exploring allowing citizens to enrol and update their enrolment using the GovDXP platform that underpins the new myGov, and seeks costing on the “development of forms within a secure portal”.

The AEC is hoping tranche two of the election system modernisation will result in “enhanced electoral roll and election integrity”, including by protecting electoral data from threats and vulnerabilities, and improving usability for staff.

At the end of tranche two, the agency is planning to decommission RMANS, GENESIS and ELMS, as well as several other systems used for online enrolment and postal voting, as part of a future tranche three.

The AEC will hold an industry briefing on August 15.