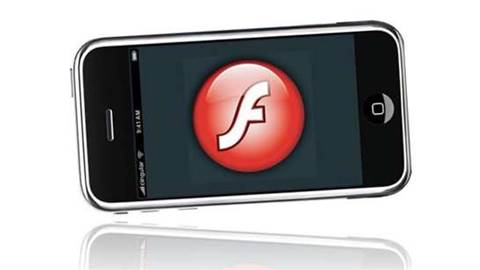 Adobe will kill off the Flash name but retain the platform under the new "Animate" branding, while encouraging users to move to the HTML5 standard for web animations.

Despite the name change, Adobe will continue to support making Flash content in Animate Professional to service existing customers.

The company will also work with Microsoft and Google to ensure the Internet Explorer, Edge and Chrome web browsers continue to support playing Flash videos.

Ultimately, Adobe wants users to drop the Flash and Animate standalone players, and instead shift to the HTML5 open standard for videos and animations on the web.

Animate Professional will be Adobe's premier web animation tool for developing HTML5 content, it said. The company will also release an HTML5 video player for desktop browsers and already offers support for HTML5 on mobile.

"Today, open standards like HTML5 have matured and provide many of the capabilities that Flash ushered in," the company wrote in a blog post.

"Our customers have clearly communicated that they would like our creative applications to evolve to support multiple standards and we are committed to doing that."

Adobe also said it had signed a partnership with Facebook to help identify security issues with the software, under which Facebook will alert Adobe to vulnerabilities and bugs within the Flash Player.

In an earnings filing earlier this year, the social media giant revealed its reliance on Flash was a risk as interruptions to web browsers stemming from Flash vulnerabilities could affect its ability to provide games to its users, and therefore impact revenue.

Flash has been the reigning king of web animations since its introduction in the early 2000s, but in recent years industry has pushed back against the platform over its unenviable security track record and buggy performance.

Google recently decided to stop Flash from auto-playing in its Chrome web browser after moving to HTML5 as its default media player for YouTube earlier this year.