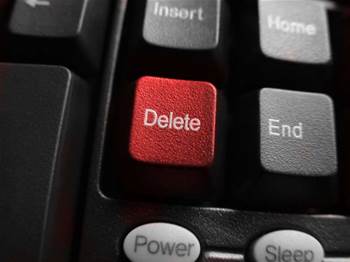 Opinion: Using the cloud for document sharing? Be mindful of how your hosted service deals with permissions and file ownership, or you could be in for a shock.

Ross Mayfield of business social software company Socialtext discovered the hard way after losing “a ton of work” when one of the company’s interns left the organisation.

The intern in question had created many shared documents while employed by Socialtext. As you might expect, the intern’s account on Google Apps was deleted when they left.

The folks at Socialtext wrongly assumed that ownership of shared documents created using the intern’s account would transfer to other participants that had shared them.

Google Apps deletes documents permanently five days after account removal and that’s that: no recovery is possible. (Luckily for Socialtext, a Google employee spotted Mayfield complaining about the mistake on Google+ and was able to organise a manual recovery of the documents in question.)

“When an account is deleted, all spreadsheets, documents and presentations owned by that account will no longer by accessible by collaborators and viewers,” confirmed Roli Agarwal, Google’s communications manager for the Asia-Pacific.

In effect, Google’s cloud mirrors what happens on a company LAN. Whack a user account, and his or her files go into the big bit bucket in the sky too, unless you choose to archive them.

Yet the Socialtest example presents a useful warning to cloud users that the new computing paradigm is subtly different and attention has to be paid to which individual has ownership of documents.

If a document is saved to a team site and the user leaves the business, she says, the document that the person created “remains on the site, and is accessible.”

Google, by contrast, warns users to transfer ownership of documents when an account is deleted using freely available export tools, but the transfer remains a manual process.

Turney suggests most large organisations would have policies to delegate file ownership to users’ managers ahead of account deletion.

The best policy, in my view, is to delegate document ownership to creators and management to admins. The default policy should be that organisations are the ultimate owners of documents, and not the document creators themselves.

If users need to have personal documents, they can, and these can be owned by them too; however, company documents stay with their rightful owner – the company - and cloud solutions need to be architected to respect this.

But company spokesperson Aravind Natarajan said Zoho intends to change the policy so that documents shared by users will be available for those the user shared with – even after account deletion.

What do you think? Is Google’s document ownership and admin policies fit for the enterprise?