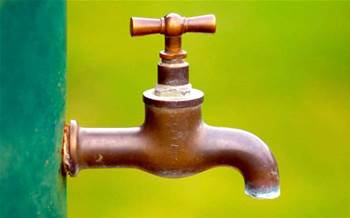 Will transition away from shared services arrangement.

Icon Water, the ACT’s water and wastewater utility, has signed a $15.5 million managed services agreement covering its IT systems and networks for at least the next three years.

The deal with ASX-listed Cirrus Networks will see a new operational IT environment stood up over the next 18 months.

The utility is moving from a shared services arrangement to a “fully managed outsourced solution”, Cirrus said.

Icon Water put its ICT infrastructure and operations services out to tender in August last year, and had previously expected to appoint a provider in March this year.

It has been sharing corporate services such as ICT with ActewAGL, under an agreement made in 2012 and which expires in 2023. Icon Water owns 50 percent of ActewAGL.

The terms and cost of the shared services deal were criticised by both sides of politics in 2017-18, and led to the arrangement not being renewed, and new sourcing options being explored.

“Cirrus will be wholly responsible for the build and migration of Icon Water’s complex ICT and network environment, and managing their network, data centre, unified communications, ICT, cloud, and associated security services,” the managed services provider said in a financial filing. [pdf]

It added that the shift is part of a “digital transformation agenda” at the utility that is driven by both strategic and sustainability goals.

The utility is also said to have some specific IT-related goals, including “gaining strategic control over the technology environment”; a reduction in complexity, risks and IT costs; and a “rationalisation” of its application estate.

Though the initial term is for three years, two additional one-year extensions are possible.

Icon Water is wholly-owned by the territory government, and owns and operates the water and sewerage assets and business in the ACT.

It was previously known as ACTEW.