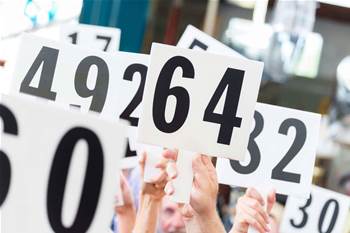 The federal government will offer key 1800MHz spectrum in regional Australia to interested buyers in a move that will provide a boost to regional 4G services.

But against recommendations by Telstra, the Australian Communications and Media Authority will only allow bidders to purchase a maximum 2 x 25MHz chunks of spectrum of the 2 x 60MHz for sale at the auction - a position Telstra's rivals Optus and Vodafone had lobbied for.

Optus and Vodafone argued for caps to be placed on the amount of spectrum any one operator can licence - calls also voiced by miner Rio Tinto - to prevent rival Telstra from further increasing its advantage in regional areas "to the detriment of end users".

The competition watchdog took its proposal to limit the amount of 1800MHz on offer in the auction to the industry in early April.

Existing users of the spectrum up for sale will need to vacate it by June 2017, the government said.

Auction winners who take over vacant spectrum will be able to deploy services earlier.

The ACMA will hold an auction for the spectrum in November.

The spectrum in question has predominantly been used for backhaul, but large parts of the 1800MHz remain unused.

Telstra, Optus and Vodafone use 1800MHz to deliver 4G services to metropolitan areas.