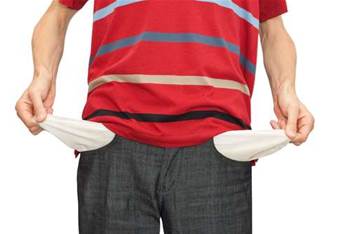 Give users control over telco spending.

Telcos would be forced to seek permission to service customers beyond contracted "cap" amounts under a proposal by the Brotherhood of St Laurence.

The community organisation today released its submission [PDF] to the Australian Communications and Media Authority's (ACMA) inquiry into complaints-handling within the telecommunications sector.

The Brotherhood was critical of telco price models and of the trend towards "value cap" plans that could leave customers with large bills if they unknowingly exceeded the capped amount provided by the contract.

It said the cap price structure used by telcos could "be viewed as somewhat predatory" and that charges incurred after a cap was exceeded did "not at all reflect the cost of service provision, and was evidence of profiteering which must be curbed".

"The profiteering preys on the fact that mobile use by customers is often irregular (family emergencies and other life events may cause someone to make occasional heavy use of their mobile), and for this customers should not be punished or taken advantage of," the Brotherhood said.

It recommended that telcos be "required to inform customers of their level of expenditure at regular intervals to ensure that they do not receive an unexpectedly high bill".

Warnings should also be sent about 48 hours before a user was to exceed their cap based on their service usage, the Brotherhood said.

It also called for "a requirement that use beyond that covered under the ‘cap' only be granted after confirmation from the user".

"That is, a customer would be required to opt in to acknowledge that subsequent use will cause them to exceed their cap and will incur higher charges," the Brotherhood said.

"It is envisaged that this requirement could be removed at the customer's request, but not for mobile phones being used by minors."

The Brotherhood also recommended that a government-funded website be established to allow people to easily compare telecommunications plans.

It cited the Your Choice website in Victoria, which targeted the energy sector, as an example of the site it wanted set up.

"Telecommunications companies consequently bombard the consumer with confusing and flashy advertising rather than with useful information concerning how and why their product/service offering is superior to competitors' offerings," the Brotherhood said.

"The competitive telecommunications environment is, at present, akin to a debate in which the winner is the voice which is loudest rather than the one which conveys the most intelligent information."

The Brotherhood also called for small telecommunications debt to be excluded from personal credit reports to prevent them causing financial hardship to disadvantaged Australians.

What do you think? Should telcos be forced to "cap" the credit limit on their "capped" plans?