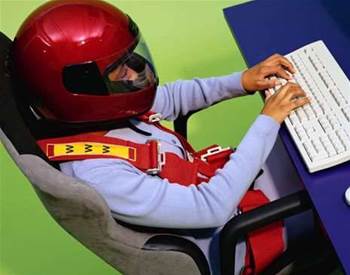 Let's Fight It Together.

The Australian Communications and Media Authority (ACMA) today launched Let's Fight It Together, a teaching resource to combat cyberbullying.

Let's Fight It Together is a teaching resource, which includes a seven-minute film depicting the story of a teenager who becomes the target of bullying via the internet and mobile phone.

The Minister for Broadband, Communications and the Digital Economy, Senator Stephen Conroy, said educational resources such as Let's Fight It Together are a key part of the Government's approach to cybersafety.

"New technologies offer a world of opportunity but it is important that young people are empowered to address issues such as bullying in the online environment. This new resource will help raise awareness while providing important advice and support for young Australians, teachers and parents," Senator Conroy said in a statement.

The program aims to equip young people with strategies to avoid, get out of, or help others deal with cyberbullying and to show adults how they can help.

"The impact of cyberbullying - the use of social networking sites, mobile text messages, instant messaging, email and other websites to bully others - can be very damaging, and is becoming a significant issue for children and for schools," said Chris Chapman, chairman of the ACMA.

"Cyberbullying can be more pernicious than traditional forms of bullying: hostile messages can be sent at any time from any place; they can be sent anonymously and distributed more rapidly to wider audiences," he said. "For the target of the cyberbullying, there can be nowhere-to-run places previously considered safe."

The programme was originally developed by Childnet International and the UK Department for Childrens Schools and Families, where it has received high acclaim.

Accompanying the seven minute film is a fourty-page teacher's guide with advice on preparing class discussions, follow-up activities, lesson plans and details of support material and resources to help identify, prevent and respond to cyberbullying incidents.

Schools can order a free copy of the Let's Fight It Together resource by contacting the cybersafety contact centre on telephone 1800 880 176.