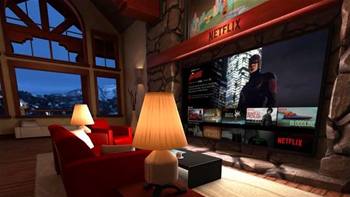 And the network builder isn't answering any more questions.

The Australian Competition and Consumer Commission says there is still insufficient detail to determine if NBN Co’s ‘Netflix tax’ proposal would break net neutrality or cause other problems necessitating intervention.

The missing pieces in the proposal - and there are still many - are also unlikely to be filled anytime soon after NBN Co revised its initial public statements on the matter, but then refused to take questions.

Subscription telecommunications title CommsDay and iTnews both reported on the proposal, which is contained in NBN Co’s new wholesale price review.

The proposal opens the door to NBN Co making decisions on traffic prioritisation and shaping on its network, and monetising specific internet usage profiles.

NBN Co has so far released three variations of the same response to the iTnews report, the third of which, and the longest, came out Wednesday afternoon.

The key passage in the new statement is:

“Our consultation is geared towards wholesale pricing and product mechanisms between NBN Co and RSPs. We are not working towards any predefined ideas, and the process is not about levying additional charges on customers.

Instead, it is focused on continuing to evolve our wholesale pricing to reduce complexity for RSPs, help RSPs manage increasing demand, increase certainty for RSPs and ultimately achieve the objectives noted above.

In short, the paper is not angled at introducing a ‘Netflix tax’ or any other ‘tax’ on customers. Rather, at this stage, we are simply seeking input from industry on whether they believe video streaming is an area that requires attention and, if so, we are open to possible ideas they may wish to suggest.”

NBN Co persistently states that the review “process” and “paper” do not directly propose a ‘tax’ on the end user.

However, this could simply be careful wording: the review process and paper are a matter between NBN Co and RSPs, and therefore it is to be expected they would canvas only "price responses" at a wholesale level.

How the RSP then implements that wholesale “price response” on video streaming is another story entirely.

Commercial logic dictates RSPs could well have to pass on the "price response" through higher retail prices.

In that case, however, NBN Co could easily characterise the higher retail prices as being purely an RSP decision.

This argument was put to NBN Co by iTnews, but the company declined to make its position clear.

“We will decline to comment any further at this point - and will keep you posted as the consultation process plays out and we are in a position to make further announcements,” an NBN Co spokesperson said.

This kind of approach is not unprecedented.

When NBN Co created a new price construct, over a million users could not afford to pay extra to upgrade and were left on older, lesser-performing plans.

RSPs needed to keep serving these users. However, if they wanted to sell the newer plans as well, they needed to pay for twice as many interconnections to the NBN compared to a provider that offered only newer plans (and whose existing customer base could afford to upgrade).

NBN Co characterised this as a "choice" for RSPs, even though the choice was made for them by the propensity of their customer bases to stomach price hikes.

The ongoing lack of clarity around the “price response” on video streaming, and the extent to which this becomes an add-on cost for Netflix and other streaming services at the retail level, means it is also hard for regulators to properly judge what is on foot.

As reported by iTnews, what the ACCC is and isn’t willing to stomach – from a traffic differentiation and monetisation perspective – was always going to be an interesting question.

Despite the leaked consultation question and three public statements by NBN Co, the ACCC felt it was still unable to make a call on just what was on the table.

“We are aware that NBN Co is seeking views from its RSP customers on whether to revise its wholesale pricing model,” an ACCC spokesperson told iTnews.

“However, we do not have sufficient detail at this time to reach a view on how NBN Co’s proposal would affect net neutrality, or otherwise affect competition and consumers in these markets if it were to go ahead.”

Sooner or later, that detail will come.