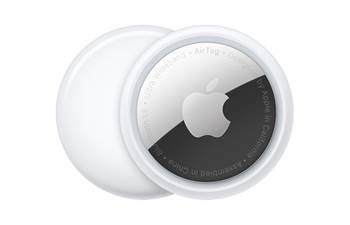 The Australian Competition and Consumer Commission (ACCC) said it in discussions with Apple over "safety concerns" with the device maker's AirTag product.

AirTags are Bluetooth tracking devices used to locate personal belongings such as keys or wallets.

The ACCC warned AirTags owners to keep the devices out of reach of children over fears that the 'button' battery used to power them could be accessed too easily.

"The ACCC is concerned that the AirTag’s battery compartment could be accessible to young children, and the button battery removed with ease," the consumer watchdog said.

"In addition, the AirTag battery compartment’s lid does not always secure fully on closing, and a distinctive sound plays when an AirTag’s lid is being closed, suggesting the lid is secure when it may not be."

“We note that Apple has now added a warning label to the AirTag’s packaging," ACCC deputy chair Delia Rickard said in a statement.

"However, this alone does not address our fundamental concerns about children being able to access the button batteries in these devices."

Rickard said the ACCC is continuing to investigate to determine what actions may be required to address its safety concerns.

“We are also liaising with our international counterparts on the safety of Apple AirTags, and at least one overseas public safety regulator is also examining the safety of this product at this stage," she said.

“We are aware several large retailers, including Officeworks, are currently not offering the AirTag for sale because of concerns about button battery safety.”

Officeworks removed the product from its shelves in May this year over the safety concerns.

Apple told the ABC at the time that "AirTag is designed to meet international child safety standards, including those in Australia" and that the company was "working to ensure that our products will meet or exceed new standards."

The ACCC said that three children had died and 44 were injured from accidents involving button batteries in other products.

New safety measures in the pipeline

The federal government's new mandatory safety and information standards, which will apply to all button batteries and consumer goods, is set to come into effect in June 2022.

Fine and penalties will be place for retailers and manufacturers of button batteries following the introduction of the safety standards.

“Currently in Australia, suppliers are guided by an industry code which is voluntary. We urge all manufacturers and suppliers to be ready to comply with the new mandatory standards as soon as possible,” Rickard said.

The ACCC said it is in talks with many other suppliers regarding child safety concerns.