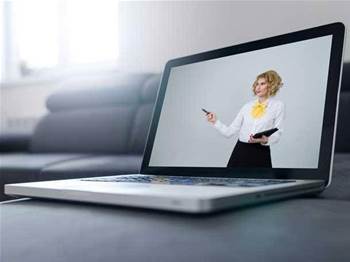 The ACCC said it had become concerned at the lack of advertising of upload speeds, for NBN and non-NBN services.

It had also become a potential source of confusion for NBN users in the 100Mbps tier, where uploads were now offered as either 20Mbps or 40Mbps.

The ACCC said that “currently, most RSPs do not expressly state the upload speeds for their broadband offerings”.

“Broadband upload speeds have become more important to consumers’ broadband experience as consumers have engaged in home based work and study more consistently than has historically been the case,” the commission said.

“Upload speeds are particularly relevant to video conferencing experience and the speed with which large files can be transferred to the workplace and education institution.

“Given these developments, we are considering enhancing the guidance to provide that upload speeds information should be made available to consumers in marketing material.”

The ACCC said it is unsure if the “busy period” for the uplink is the same as on the downlink; that is, sometime between 7pm and 11pm.

It noted that the most crucial time for good upload speeds might be during the business day, when the connection was relied on by home-based workers.

“This may be due to activities, such as video-conferencing for educational purposes, that generate more upload traffic during the day than at other times,” it said.

The ACCC is also considering updating guidance for marketing non-NBN fixed wireless services, which have been stood up in many parts of Australia as small-scale NBN alternatives.