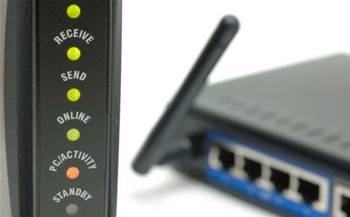 The pilot program ran from March to May this year and used network probes to test the fixed-line broadband connections to homes of around 90 volunteers in Melbourne.

The tests were carried out by SamKnows, which operates similar broadband performance monitoring programs internationally, and comms design and testing firm Comdate.

In its report on the performance of the trial, the ACCC found an ongoing program to monitor and report to consumers on the quality of broadband services could by implemented easily and cost effectively in Australia.

The report noted that while some RSPs had carried out performance tests on a small scale, and tools such as Netflix’s ISP survey can test speeds on a single application, there was currently no industry-wide monitoring of service performance.

The ACCC cited a reduction in the number of consumers misled about the relative performance quality of broadband services as a key benefit of an ongoing program.

Such a program would also allow RSPs to compare the performance level of their competitors’ networks  to their own.

The level of funding available to any ongoing program would be the key factor in determining what metrics it would examine, as well as the number of connections monitored, the ACCC said.

Likewise, whether the program would look solely at NBN services or also monitor ADSL would depend on funding.

While the ACCC acknowledged minimising the regulatory burden on RSPs should be a key objective of any ongoing program, it also stated there could be benefits from involving RSPs in the process.

The ACCC also recommended that raw data from an ongoing program be made available to the public free of charge, along with an annual of half-yearly report.

“The pilot showed variations in services from different providers that will be important to consumers,” Corbin said.

“For example, some offer better peak hour performance. Publication of such information would guide consumer choice and mean people will be in a better position to pick the product which suits them best.”

However, the prospect of broadband performance monitoring continues to face criticism from RSPs and industry groups.

“Any move in this area would need to satisfy whether the benefits outweigh the costs,” Communications Alliance CEO John Stanton said.

“No matter whether there’s an attempt to make RSPs shoulder those costs or they’re imposed through the federal budget, consumers will ultimately pay."

The possibility of a broadband monitoring program was first floated in an ACCC discussion paper released in August 2013.

After months of consultation, both in the form of open submissions as well as closed discussions with RSPs and industry groups, the ACCC issued its position paper in June last year.