ACCC confirms broadband tax can be passed on to users 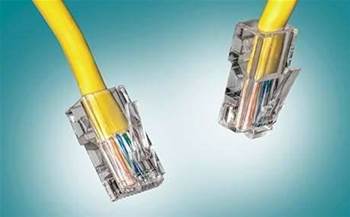 Telstra, TPG and a host of smaller network operators will be allowed to pass on the federal government's proposed broadband tax to customers thanks to a ruling by the competition watchdog.

Earlier this month the government revealed its intentions to introduce legislation that would levy a $7.10 minimum monthly broadband tax for high-speed fixed-line providers in order to contribute to the future cost of the fixed wireless and satellite portions of the NBN.

Until now it was unclear whether operators of "superfast" networks that compete with NBN Co would be expected to absorb the tax. The ACCC had initially proposed they should.

However, OPENetworks, LBN Co and CNT Corp jointly led opposition to the prospect of having to absorb the tax.

They said it would slash their operational revenues by "up to 30 percent" and warned it could increase in future "without reference to our costs or ability to pay".

Importantly, the three operators argued that NBN Co's wholesale prices were unlikely to factor in the tax.

"The notion that NBN Co prices include the RBS levy is misconceived and untrue," they argued in February.

"Certainly the NBN Co prices for wholesale access services were determined many years before the proposed RBS levy, RBS bills or, for that matter, the current remote and regional fixed wireless and satellite solution proposed by the present government.

"The prices therefore could not be said to include the RBS levy."

The Department of Communications contends that NBN users won't pay any more than they currently do for their services if the tax is introduced.

But the ACCC has added fuel to that fire by allowing NBN Co's rivals to pass the tax cost through to customers.

In its final ruling on the regulated wholesale pricing for non-NBN high-speed services, released today, the ACCC said providers - specifically Telstra, TPG, Vocus, LBN Co, Opticomm, and OPENetworks - would be allowed to pass on the broadband tax to customers.

It said the combination of an absorbed tax alongside the wholesale prices it has set for superfast broadband could have unduly disadvantaged rival operators of superfast services.

“Our view is that the regulated prices based on the NBN prices may not have allowed these network providers to recover their reasonable costs if they were also required to absorb the proposed RBS charge,” ACCC chairman Rod Sims said in a statement

"One of our main aims has been to ensure that internet retailers and their customers supplied via the non-NBN networks will not be worse off than if they were supplied internet services by the NBN.”

The ACCC has set initial wholesale prices for access to NBN-like services at $27.00 per port per month, as well as between $8.00 and $17.50 per Mbps per month for aggregation to a point of interconnection (POI) for all providers other than Telstra.

Telstra's prices differ in the interim because of the cost of separating its fibre networks from its legacy networks, and the potential for them to be transferred to the NBN.

Providers of high-speed internet services with less than 12,000 customers are exempt from the regulated wholesale prices given it would apply an unreasonable burden to them, the ACCC said.