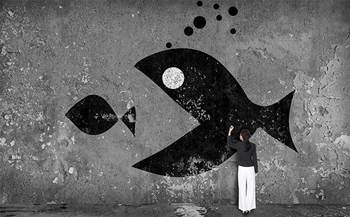 Under the purchase, MYOB plans to combine its desktop practice management software with GreatSoft’s a cloud-based accounting solution.

GreatSoft provides a single cloud-based practice management module that integrates with third-party software suppliers for other accounting modules, including Xero for Xero Tax.

The regulator undertook an investigation into the matter focussing on GreatSofts’s growth potential compared to MYOB and the likelihood of growing customers in the market.

However, the ACCC concluded GreatSoft “will likely face challenges expanding its small customer base in the short to medium term if the acquisition does not go ahead”.

“GreatSoft’s growth has been limited since it entered the market and we saw little evidence that it would grow to be a significant force in the market in the short to medium term,” ACCC commissioner Stephen Ridgeway said.

“GreatSoft would have to manage market uncertainty arising from this transaction, maintain integrations with third parties, some of whom are competitors.

“Its prospects did not look good given it has missed the prime selling window for accountants to switch on 1 July.”

The ACCC decided Xero and Reckon would provide significant competition for MYOB and GreatSoft alongside other desktop and cloud-based providers of practice management software.

“Although Xero Practice Manager has been designed for smaller firms, it continues to attract a number of medium-to-large firms to its cloud-based product and will impose a strong competitive constraint on a combined MYOB and GreatSoft,” Ridgeway said.

The ACCC has previously blocked MYOB’s attempts at acquisitions in the past including a bid to purchase Reckon’s Accountants Group for $180 million.

MYOB was blocked by the ACCC in 2018 after concerns were raised the purchase would create a monopoly on the software creating a less competitive market.