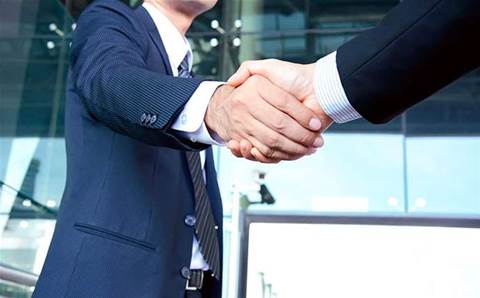 Reckon CEO Clive Rabie said MYOB's sale price offer had been "compelling" - the market capitalisation for the entire group just prior to the MYOB bid was $150 million.

The book value of the account practice management business at October 31 was $38 million, Reckon said. It has 3000 accountancy customers across Australia and New Zealand.

"Reckon has always maintained that the sum of its parts is worth more than the value that has been attributed to the whole by the market," Rabie said.

After the transaction Reckon's operation will primarily consist of its business and legal practice management divisions, which represent about half of the current group's revenue and EBITDA.

Reckon said it would focus on the online small business accounting software market, as well as the legal market specifically for scan and print solutions, following the acquisition.

MYOB said the purchase gave it the opportunity to "accelerate online SME growth via a larger referral network".

It said it would put the earnings generated from the new business in the first two years towards sales and marketing activities.

All 120 Reckon accountant group employees will be offered employment with MYOB, the firm said.

The transaction is expected to close in the second quarter of next year pending approval from the ACCC and its New Zealand equivalent.

Reckon said it would use the net proceeds of the sale to pay down most of its debt and pay a special dividend to shareholders late next year.

Prior to August this year Reckon had three core units: its business group, its accountant practice management group, and its document management group, the latter which was de-merged and floated on the UK AIM exchange in August.