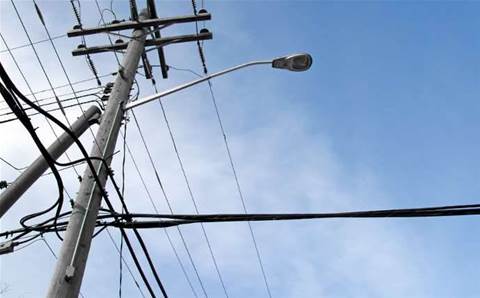 The competition regulator has given the go-ahead to Optus’ agreement to transfer its HFC cable network to the NBN, clearing one of the final regulatory roadblocks to the rollout of the Coalition's multi-technology mix network.

The approval also comes two months after the ACCC gave its approval to Telstra’s revised definitive agreements to hand over its copper and HFC networks to NBN.

The ACCC granted its approval to the original NBN takeover of Optus' HFC network in 2012. That agreement would have seen HFC customers migrated to the NBN after 90 percent of premises in a suburb had access to fibre to the node services.

At the time, Optus estimated migration to the NBN would commence in 2014 and take four years to complete.

However, the ACCC was forced to re-examine the deal after changes were made to accommodate the Coalition’s multi-technology mix model.

Under the revised agreement, Optus’ customers on the HFC network will be gradually migrated to NBN services, with the two companies sharing bandwidth on the network during the process.

NBN will progressively take ownership of the HFC network, with Optus obligated to use the infrastructure for the next 15 years.

In assessing the deal, the ACCC said it weighed up the public benefits and detriments of the proposal.

“The ACCC’s assessment turns on the extent to which Optus and NBN Co are likely to compete absent the proposed acquisition,” ACCC chairman Rod Sims said in a statement.

“Regardless of whether the proposed acquisition occurs or not, we judged that Optus and NBN Co would not compete with each other.

“As a result, the ACCC concluded that the proposed acquisition is unlikely to substantially lessen competition in any relevant market.”

Both Optus and the NBN welcomed news of the approval.

“We look forward to working with the NBN on making the transition smooth and timely. This transaction has the potential to bring forward significant revenue and customer numbers for the NBN.”

“Together with the Telstra deal, it means we are now in a position to acquire all the copper and HFC assets we need. What’s more, HFC and copper are capable of being upgraded to deliver fast speeds and carry more data. That’s what we intend to do,” an NBN spokesperson said.

The ACCC approval process for the NBN’s revised agreements with Optus and Telstra was one of the key factors cited for a blowout in the cost and delivery timelines for NBN services, revealed earlier this week.