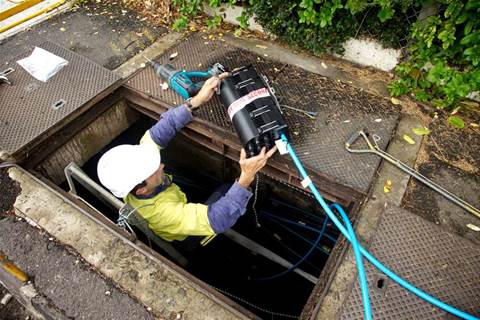 But NBN Co itself must supply better data.

The ACCC has backed away from a plan to publicly reveal how much connectivity virtual circuit bandwidth is being bought by NBN retail service providers.

But the consumer watchdog will force NBN Co to supply it far more detailed CVC usage data, and at least some of this information is likely to be added to the ACCC’s quarterly ‘NBN wholesale market indicators’ report.

That report contains data that NBN Co must give to the ACCC under what is known as a record keeping rule (RKR) that covers all NBN services in operation (or SIOs).

The ACCC uses the data to keep informed about how the NBN wholesale market is developing.

The data has also become the standard way to track the average amount of CVC being purchased per user per month - which has a direct impact on the speeds that NBN users experience, particularly during the evening peak.

But over the past few months, the ACCC has raised concerns about the “utility” of the CVC data being supplied by NBN Co.

The main problem is that the CVC numbers were averaged over the entire quarter, making it impossible to drill down and see major movements in the data.

Now, the ACCC will require daily updates from NBN Co on the amount of CVC capacity being acquired and on average CVC utilisation.

NBN Co will also have to provide hourly updates on CVC usage across the 7pm-10pm evening peak period.

But NBN Co was overruled by the ACCC - and must now supply the extra information.

This granular data appears set to be made public through the quarterly NBN wholesale indicators market reports  -  though it must pass a “disclosure” consultation first.

However, importantly for NBN Co and its RSPs, if the data is made public it will still be in aggregate form - that is, spanning all providers - and will not identify who is buying what amount of CVC capacity.

The ACCC had wanted to publish this level of detail - but backed away from the proposal on December 20 after criticism from the industry, including Telstra and Comms Alliance.

Telstra argued any CVC numbers about individual RSPs “should only be used for the ACCC’s internal review because, if disclosed, it may cause confusion and inhibit competition.”

Comms Alliance said disclosing CVC amounts by RSP “could potentially be anti-competitive by giving industry participants some insight into the operation of competitors’ networks".

On the flipside, there is growing demand from NBN users and prospects to know how much CVC an RSP is really buying, given it plays a major role in the speeds they see in the all-important evening peak.

RSPs that buy more CVC per user per month will be able to offer a higher quality of service, a market development NBN Co CEO Bill Morrow is particularly keen to see occur.

Optus is the first major RSP to reveal data on actual speeds experienced by end users (providing clues - but not actual numbers - on its contention ratios).

Aussie Broadband is likely to up the ante if it comes through with a promise to release its CVC allocations.

But it will be up to other RSPs whether they follow suit, with the ACCC bailing on its proposal to publish RSPs' CVC purchases.

“The ACCC accepts that the publication of NBN access seeker CVC data, particularly CVC
utilisation data, has the potential to be misinterpreted and may not lead to outcomes that are
in the LTIE [long term interests of end users],” it said.

“However, the ACCC considers that it is important that it is able to monitor how access seekers are acquiring and using NBN wholesale products and more detailed [aggregate] CVC data will assist this significantly.

“The ACCC does not currently see a specific need or scenario where publication of individual access seeker CVC information may be necessary or desirable.”