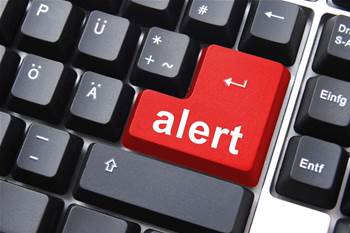 The Australian Communications Consumer Action Network has continued to call for telcos to provide real-time data usage alerts, despite concessions by the media regulator on the issue.

The Australian Communications and Media Authority (ACMA) accepted a revised telco industry code on customer service and complaints handling this week, ending more than two years of negotiations and numerous threats of direct regulation if the industry did not change its ways.

But the regulator conceded this week that industry had only met "95 percent" of the recommendations it made as part of an inquiry into customer service.

In what ACMA chairman Chris Chapman called a "down payment" on one of the recommendations, the regulator agreed to concessions on unit pricing for calls, SMS messages and data withheld from some forms of advertising.

The concessions also meant telcos would be required to deliver usage alerts to subscribers within 48 hours of reaching prescribed limits rather than in real-time, as previously asserted.

Under the accepted code, telcos will be legally required to alert users when they reach 50 percent, 85 percent and 100 percent of their set data allowance on all mobile and fixed line broadband plans from September next year.

Users will also receive information about excess charges on reaching 100 percent of their data allowance.

Smaller telcos will have an extra year to implement the condition.

An ACMA spokeswoman said the concession was an acknowledgement of "dealing with a diverse industry from Telstra down to a garage-operated ISP".

"We needed to make some accommodations for the different sizes of industry on technical capabilities," she said.

"We consider 48 hours is appropriate for the current environment but we expect that that timeframe will come down and it will be a matter of which providers will compete."

"It's going to be a long time before consumers can see any improvement in that regard," she told iTnews. "48 hours is still too big a delay to prevent them from running up high bills that are unexpected.

Corbin pointed to Optus reseller Amaysim as an example of small telco already providing near real-time alerts to its users on data.

The capability is believed to be built on the back of a similar capability offered by Optus, which has progressively rolled out the capability to its mobile, cable and ADSL users since September last year.

At the time, then director of government and corporate affairs Maha Krishnapillai said the capability required tying in disparate billing systems as well as information from other carriers.

"That's actually quite complex. You've got to get that information into your system, rate it in terms of what price is going to be on, and get that back into the customer's hands."

An Optus spokeswoman confirmed plans to provide the facility for its wholesale mobile customers, allowing them to potentially improve on the TCP code requirements by a significant margin.

Telstra also offers a data usage alert service for its mobile subscribers currently — including at the stipulated 85 percent and 100 percent markers — but a spokeswoman would not confirm at time of writing the delay on these alerts or plans to offer it to its MVNOs and ADSL access seekers.

Vodafone Australia is yet to offer a data alert service for its customers but allows customers to check data usage through a smartphone app "on a turnaround of less than four hours" according to a spokesman.

Vodafone's spokesman said it would work to implement the condition ahead of ACMA's September 2013 deadline.

"We will be working to help to ensure that our MVNO customers are able to meet their regulatory obligations, which includes the supply of the relevant billing information as we do today," he said.

"But it is also up to each individual MVNO to establish their own processes and systems to comply with the TCP Code."

Corbin said the delay in implementation of the data usage alert condition in the revised code would have been worth waiting for, if it stipulated near-real time conditions, as the "net benefit for consumers of real-time notifications would have been a vast improvement on it being up to two days' late".

"It is entirely possible to do this, it's just a question of who pays at the end of the day for the systems to be put in place," she said.