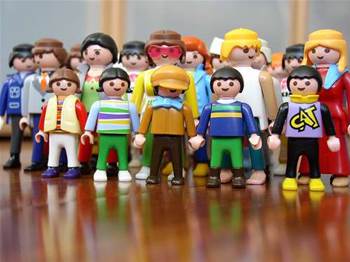 The Australian Bureau of Statistics (ABS) has warned internet service providers to expect a "considerable" spike in traffic around the 2011 population census next month.

The agency sent letters to 550 ISPs and network providers last week in a bid to raise "awareness" of the potential for congestion "particularly in the days leading up to and immediately after Tuesday 9th August 2011".

The head of the population census program Paul Lowe said the ABS expected "at least 30 percent" of Australians to submit their census surveys online.

"About 50 percent of these, or 1.5 million households, will be completing their online Census form between 6pm and 10pm on 9th August 2011," Lowe said.

The estimates were up from previous estimates that one in four Australians would use the eCensus service.

Only 8.4 percent of responses to the 2006 population census were lodged online, the agency said at a roadshow late last year.

Last week's letter to ISPs appeared to be aimed at smoothing the component of online service that the ABS could not control - data carriage.

"While the eCensus has been designed for a large amount of internet traffic, the ABS is raising awareness of this increased internet activity within the ISP community to ensure a smooth experience for all our users," Lowe said.

Several ISPs and network operators had posted advisories relating to the letter warning of potentially slow network responses in parts of the Australian internet.

The eCensus system opened to the general public on 29th July.

iTnews reported last year that the 2011 population census would be the last eCensus to be outsourced to IBM.

ABS infrastructure director Tony Marion said the bureau planned to bring processing of the eCensus back in-house with a potential to burst onto third party clusters if required.