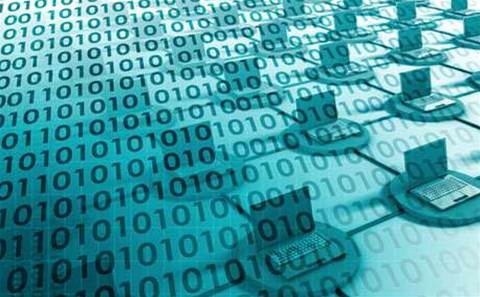 The Australian Bureau of Statistics has managed to scrimp $56.9 million from a slimmed down budget to fund a number of significant technology initiatives due in the next 12 months, including a transition away from full-featured desktops to Citrix-based thin clients.

The national statistics agency detailed 13 technology services items - four that were new - in its Forward Work Program for 2014-15 to 2017-18, released yesterday.

The total IT budget for the next year fell slightly from $60.7 million last year to $56.9 million, in a constrained environment in which the ABS needs to cut $50 million over the next three years to adhere to a directive in the May budget.

The $56.9 million includes a number of ongoing items of work - including those part of its ABS 2017 transformation program - and the build of systems to help deliver the 2016 Census.

In order to enable flexible and remote working, the ABS will retire most of its 3000 existing end points running Windows 7 as each reaches end of life, replacing them with a virtual desktop solution that combines Citrix XenDesktop for VDI, hosted on servers running Microsoft HyperV.

The solution will be hosted in the ABS’ Canberra data centre and is expected to be available from July 2015.

The ABS is trialling the new setup with around 50 primarily technical staff in order to finalise the configuration of the thin client environment, and expects to take a phased approach to implementation over the next year according to the refresh cycle of existing hardware.

"We are moving to the new environment because it’s more flexible and less costly," the division’s first assistant statistician Patrick Hadley told iTnews.

"And as part of that, we’re supporting remote working, teleworking and a flexible office environment."

The ABS aims to become device-agnostic, Hadley said. The agency will use Citrix's XenMobile mobile device management solution in those instances where data is stored locally - such as when field staff collect statistical data that needs to be contained.

The ABS is also shopping for an upgrade to its financial management system, an outdated version of Oracle Financials.

The agency is yet to decide on a replacement and is looking at all relevant options on the market, including Oracle. It is also keeping an eye on the department of finance's whole-of-government ERP procurement plans.

The Department of Finance met with federal agencies in March to discuss whether to coordinate ERP system procurement across the government.

A number of options were flagged, including a whole-of-government panel of ERP providers, and both opt-in or mandatory shared services arrangements.

The ABS will also spend the next 12 months scoping the market for a “holistic solution” for its learning management and external identity access management systems, in order to consolidate where possible and avoid deploying multiple point solutions throughout the organisation.

Both projects will alo consider the agency's needs for delivering the 2016 Census.