Abbott caves on demands for journalist protection in data retention 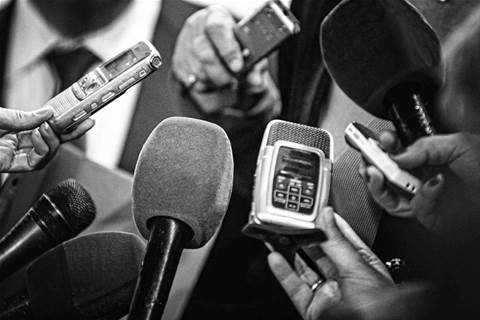 Prime Minister Tony Abbott has agreed to remove journalists from the Government's warrantless metadata access regime in an effort to speed up the bill's passage into law.

Abbott today wrote to Opposition Leader Bill Shorten to inform him that the Government had agreed to introduce an amendment to its data retention bill to require agencies to obtain a warrant in order to access journalist metadata for the purpose of identifying a source.

It follows Labor's demands that the Government introduce an amendment to better protect journalist sources under the two-year metadata retention scheme.

While Abbott told Shorten the Government "does not believe this is necessary," he said it was willing to accept Labor's proposition in order to fast-track the bill's passing.

"There are two important principles at issue. The principle of the freedom of the press is fundamental to our democracy, a proposition about which I myself, as a former working journalist, need no reminding," Abbott wrote.

"The other principle is the capacity of the intelligence and law enforcement agencies to have access to all necessary and appropriate information to prevent terrorist outrages and deal with serious crime."

However, in return for this olive branch, Abbott told Shorten Labor would need to agree to pass the bill by the end of next week.

Labor would also need to vote to cancel an inquiry into law enforcement access to metadata for the purpose for pursuing journalist sources, Abbott said.

Shorten had written to the PM over the weekend warning that Labor would exercise its right to introduce an amendment to protect journalists.

The two parties will now need to settle on a definition for the term journalist.

According to Commonwealth law, a journalist refers to a person who is "engaged and active in the publication of news and who may be given information by an informant in the expectation that the information may be published in a news medium."

The Media, Entertainment and Arts Alliance said the Government was still displaying a lack of understanding of what was at stake for journalists.

"Accessing metadata to hunt down journalists’ sources, regardless of the procedures used, threatens press freedom and democracy," MEAA CEO Paul Murphy said in a statement.

“The Prime Minister’s proposal [allows law enforcement] agencies to trawl through a journalist’s metadata in order to expose a confidential source. Putting a hurdle like a warrant in the way will not change the outcome: using a journalists’ metadata to pursue a whistleblower."

Floodgate for other confidential communications?

The Government may now face an influx of other parties wanting their confidential communications to be excluded from the data retention regime.

The Law Institute of Victoria has previously expressed strong concerns about the impact of the scheme on legally privileged relationships.

It argues evidence from the US shows surveillance is highly problematic for lawyers attempting to communicate confidentially with their clients.

In its final report, the parliamentary committee investigating the data retention bill said the stored metadata should only be accessed for criminal cases, but the Attorney-General of the day should also allow use of the metadata for civil proceedings at their discretion.

Future research fellow at the Australian National University, Dr Matthew Rimmer, said the decision to exclude journalists could have implications for others with confidential communications, including legal and healthcare data.

"There is a wide range of other relationships that involve privileged and confidential communications of one kind or another," Rimmer told iTnews.

"It raises a whole host of issues in terms of what that information could be used for and what circumstances it could be used in. Equally as important is healthcare - often some of the most sensitive information is health-related."

Greens Senator Scott Ludlam said the journalist concession raised questions as to how the Government would protect the communications of "doctors, diplomats, lawyers and others for whom unregulated access to their private information could be a major threat".

"Ultimately, that would include everyone, which is precisely why this proposal is so unpopular," Ludlam said in a statement.

“As the Government scrambles to hose down condemnation by powerful media proprietors, the issues of cost, security of the data, indiscriminate nature of the collection continue to lurk in the background. Debate on this bill should not proceed until these issues have been resolved.”

"There's going to be a big question as to whether the amendments are substantive, or whether they are window-dressing designed to minimise the objections of the press gallery and the media industry," he said.

"There's a large question in terms of the nature of the mass dragnet surveillance going on - [not just in Australia] but on a global scale by these public-private partnerships.

"The question of protection for journalists is not going to be merely limited in Australian laws. I'm a little bit concerned it might give journalists false confidence in terms of the protection being afforded to them.," he said.

"It's not just merely a question of dealing with the behaviour of the Australian Government - there's also quite important issues in terms of the information sharing that goes on between the Five Eyes."