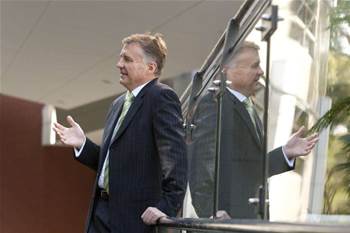 Australia's academic research network AARNet will skip a planned network upgrade to the 40Gbps networking standard and instead shoot straight for 100Gbps.

AARNet chief executive Chris Hancock (pictured) said the CSIRO, the University of Melbourne, and Monash University are in the midst of upgrading to the same speed.

The next step in AARNet's roadmap was to upgrade to the 40Gbps networking standard. Telstra is currently upgrading its core network (Next IP) to this standard, using Ericsson equipment.

Within the next 18 months, AARNet plans to begin introducing 100Gbps links.

"We have to dwarf what the commercial market can provide," Hancock said.

"Right now, most Australian homes are connecting at speeds of between one and 20 Mbps," Hancock said. "Our researchers are connecting at 1Gbps to 10Gbps. By 2017, when the National Broadband Network starts to take shape, I expect households to be connecting at between 5 and 500Mbps, [whilst] we'll have 50-250Gbps."

Research networks, he said, "are about having maximum headroom".

Hancock said he expects eight petabytes of data (1 petabyte = 1000 terabytes) of data to have traversed the AARNet network by the end of the year.

AARNet primarily uses Juniper networking equipment for its core network and Cisco switches and routers at the edge, he said.