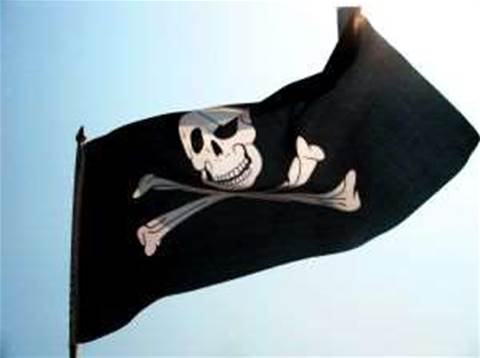 But annual losses only a "ballpark".

The author of a controversial Australian content industry report to Government that claimed $900 million a year was lost to piracy has defended his analysis but acknowledged the losses were only indicative.

Economic analyst and former adviser to past NSW Premier Nathan Rees, Emilio Ferrer, said the spread of the National Broadband Network would accelerate losses to piracy even though the content industry grew over the past four years as broadband proliferated.

Ferrer defended the report’s conclusions that 8000 to 40,000 jobs a year could be lost, based on the average of five countries from a European report written by researcher TERA.

The Australian report that was commissioned by content makers from music, software, publishing and copyright collection industries under the banner of the Australian Content Industry Group came to light recently when Attorney General Robert McClelland mentioned it in a speech. Nether major group that represented film and TV industries, the Australian Federation Against Copyright Theft and the Australian Home Entertainment Distributors Association - were members of the commissioning group.

It has since been criticised by Pirate Party Australia and the blog TorrentFreak, which branded it a "direct translation of one of the most questioned piracy reports that has ever been published."

“I’ve applied the methodology to countries that yield the highest and lowest level of impact,” Ferrer said.

“There are variables that are difficult to measure but whether you apply to the lowest country or the highest country the impact is between $500 million and $2 billion.”

But Ferrer said such “technical” analysis was indicative only of a “ballpark” figure.

“When you apply business modeling and the average and end up concluding the impact was $900 million, of course the answer is not $900 million but we try to deal with that by looking at the range.

“The conclusion is there is a significant loss to economic activity and therefore jobs as a consequence of internet piracy.”

The study posited that $190 million a year was lost to Government coffers but did not consider the impact of transfer pricing that reduced foreign content industries' tax liability, Ferrer said.

The Social Science Research Council criticised the TERA report from which Ferrer in part drew his study for ignoring the effect on the economy of spending diverted from paying for content.

“Domestic piracy may well impose losses on specific industrial sectors but these are not losses to the larger national economy,” council researchers wrote.

“Within any given country, piracy is a reallocation of income, not a loss.”

The council said such substitutive analysis was “very complex” and none had been done but in its view “these alternative uses are more productive, socially valuable, and/or job creating than additional investment in entertainment goods”.

And it raised the prospect that legal sales may harm a nation’s economy because for countries such as Australia that were net importers of content, “legal sales represent an outflow of revenue from the national economy”.

“The piracy of IP imports represents a welfare gain in the form of expanded access to valuable goods,” the council wrote.

The council pointed to a 2009 Dutch Government study that found CD piracy added €100 million ($A142 million) a year to that country’s economy.

Although he held no view on whether the broadband network that got federal Labor across the line at the election should be halted, Ferrer said the consequences of the rollout were clear and dire for Australian content industries.

“What is clear is that the NBN has the potential to make this issue much more important because what it will achieve is greater speed and what we know is greater speed gives greater opportunity to undertake this activity [for piracy].

“And I think that’s pretty undeniable.”

He said that although jobs and economic activity grew over the past four years even with competition from illicit downloads, they grew at a slower rate than what they may have and that by 2016 they could go into reverse.

“And that’s a real pity in an industry that with the NBN and other things happening should be growing dramatically because there’s more opportunities than ever,” he said.

“With speeds now you can do it an hour or faster sometimes.

“So the other thing that deterred people was you needed a fast computer but now you can do it very quickly - it's instant gratification – so this is to do with technological change.

“Those industries are now realising its affecting their ability to protect their property.”