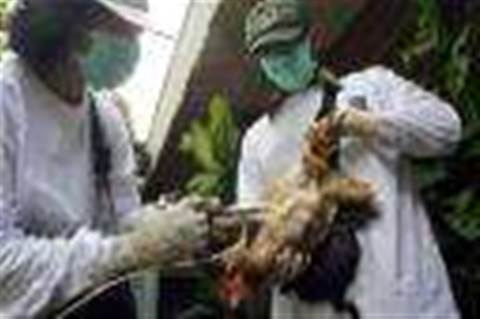 An international grid of more than 41,000 computers is offering new hope in the search for treatments for the deadly avian influenza virus.

The Enabling Grids for E-science (EGEE) network links ordinary computers in 50 countries to form a single giant supercomputer with more than five million gigabytes of disk and tape storage.

The H5N1 strain of bird flu is known to have killed more than 200 in Asia in the past five years, and scientists fear that it could mutate to cause a deadly global pandemic.

Dr Ying-Ta Wu, a biologist at the Genomics Research Center of the Academia Sinica in Taiwan, explained that computing grids are the fastest and cheapest way to find promising new drugs that might be able to battle the virus.

"We are using EGEE to find new molecules that can inhibit the activities of the influenza virus," said Dr Wu.

"During previous challenges using the EGEE grid we discovered about 200 molecules with the potential to become drugs against bird flu."

By rapidly sifting through a vast number of possible drug and virus interactions, the grid calculates the probability that a particular drug molecule will block key sites on the virus, thus inhibiting its action.

The EGEE grid is a cooperative effort between research centres in Europe and Asia, and has been in operation in its current form since July.

"We expect to double the size of the infrastructure next year as the Large Hadron Collider accelerator comes online," said Ian Bird, head of grid operations at EGEE.

The computing grid has also been used to aid research into other fields, including physics, climatology, geology, engineering, art and music.
Got a news tip for our journalists? Share it with us anonymously here.
Copyright ©v3.co.uk
Tags:
41000 bird cure flu hardware pcs seek