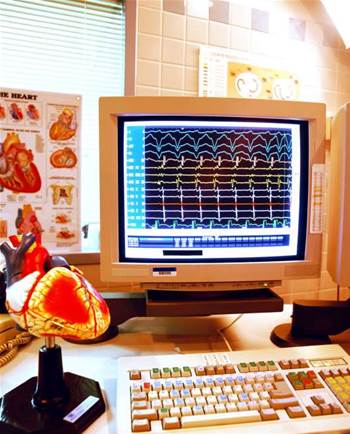 The IP network runs on Cisco gear and connects the 185 bed hospital, 15 theatres, the School of Advanced Medicine research centre and multiple clinics across the University's campus in Sydney's north-west.

All hospital equipment will be tagged with radiofrequency identification, allowing it to be tracked wherever it is in the hospital network.

Systems integrator 3D Networks won the contract to design and build the network, which had a value "approaching $3 million", according to chief executive Rod Taylor.

"This hospital, when it's finally up and running later this year, will be a benchmark in Australia," Taylor said.

"It's a very visionary project. It's exciting to be part of the frontier in health services."

The asset-tracking component of the network was made up of AeroScout's MobileView software and "over 1,000" RFID tags attached to "a range of medical items that are constantly moving throughout the facility."

Taylor said the project team was "well past halfway" on the build and was "well into the implementation and functional testing stages".

It was not yet at the stage where test traffic was running over the network but the project was on time, he said.

Taylor believed the network, when completed, could "open doors" for 3D Networks in the healthcare sector. The systems integrator's healthcare practice was based in Melbourne.

The opening of Macquarie University Hospital later this year was expected to herald a new era in health care.

It would be Australia's first campus-based university hospital and incorporate academic medicine into group practice.