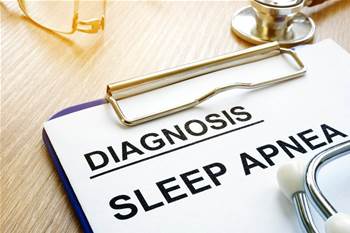 While treatable, up to 75 percent of individuals with sleep apnoea remain undiagnosed partly due to the cost of testing - increasing the risk of fatigue-related accidents, heart disease and depression.

Building on previous work identifying structures in the face, head and neck that can be used to diagnose the condition, Professor Peter Eastwood from the Centre for Sleep Science and his research team partnered with the University of Western Australia’s (UWA) School of Computer Science and Software Engineering to automate the detection of those features.

The study, published in the Journal of Clinical Sleep Medicine, recruited 400 middle-aged men and women who took part in sleep studies at the Centre for Sleep Science and Perth’s Sir Charles Gairdner Hospital.

“What we found was that we could predict the presence of obstructive sleep apnoea with 91 percent accuracy when craniofacial measurements from 3D photography were combined into a single predictive algorithm,” said UWA facial analysis expert Dr Syed Zulqarnain Gilani.

The researchers want to use the 3D scans as a way to increase the rate of diagnosis, which is hampered by the costly and process of undergoing overnight sleep monitoring in clinics that aren’t accessible to large portions of the population.

“This breakthrough has the potential to reduce the burden on hospitals and sleep clinics that currently run sleep studies for everyone,” Gilani said.

“It can flag people at risk of sleep apnoea who can then be referred for diagnosis and treatment.”

Sleep apnoea makes up more than half the $5 billion annual cost of sleep disorders in Australia, according to UWA .