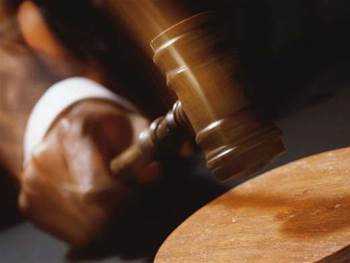 A lawsuit brought forth against Whirlpool for alleged "injurious falsehood" has been dropped by accounting software firm 2Clix Australia.

“Simon Wright and the Whirlpool legal team can confirm that they received informal notice from an employee of 2Clix that there may be an intention on the part of 2Clix to withdraw their Statement of Claim against Simon,” according to a statement issued by the popular broadband discussion forum.

But Whirlpool is not counting its chickens until they’ve hatched, noting that the Queensland Supreme Court records still show legal action is current and active.

Whirlpool has made repeated attempts to obtain formal confirmation from 2Clix's legal representatives, Turnbull and Co, but has so far made no contact. Until they do so, Whirlpool is not making any formal statements until the matter is finalised.

But despite Whirlpool’s cautions, 2Clix managing director, David Morgan, confirmed that the case had been dropped and Turnbull and Co had been notified.

“We’ve lodged the change with the Supreme Court of Queensland and are just waiting for it to go through,” he said. “At this stage we will not be commenting on the reasons for doing so because any comments we make will be aggravated, amplified and manipulated.”

2Clix sued Whirlpool owner Simon Wright over a spate of damaging comments posted by forum members on the Whirlpool site.

The Statement of claim submitted by 2Clix’s legal representatives, asked for loss of income to the tune of $150,000 per month from January 2007 to July 2007. The company also demanded court costs and that two forum threads be deleted.

The case raised the ire of Whirlpool’s 190,000 registered users and gained the attention of international news agencies and popular news aggregator, Slashdot, where the issues of future legal consequences and freedom of speech where hotly debated.

The possible ramifications of the pending lawsuit also prompted many legal experts to theorise what the detrimental effects a win for 2Clix might cause for website operators and their users.

A donation fund established to support Whirlpool’s legal costs has since been removed from the site.

“Whirlpool intends to offer refunds to those that want them, once the matter is formally withdrawn and the extent of our legal costs are known,” read the Whirlpool statement.