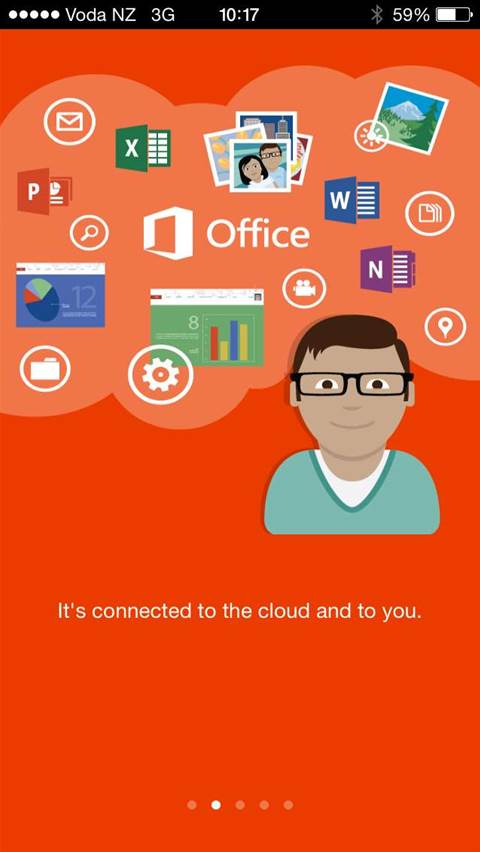 Free for Office 365 subscribers, but is it worth it?

Microsoft prides itself on its products being interoperable and working on competitors’ platforms, which is a smart move as you can’t always beat them.

But it did raise eyebrows when Microsoft made the jewel in its crown, Office, available on Apple's iOS before it made a native Office application for its own Windows 8 operating system. (Office can be run in Desktop mode, but won't be available as a Metro-style applications until next year.)

Microsoft's Office Mobile for Office 365 Subscribers iOS App requires two things in order to try out. First, you need an active Office 365 subscription and second, a United States account on Apple’s iTunes App Store because the software isn’t available in Australia and NZ.

Setting up a new US App Store account is easy enough and you don’t need to enter a credit card – Office Mobile is free to Office 365 subscribers. 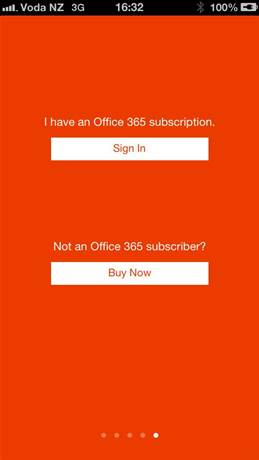 First thing you notice after installation is that Office Mobile comes with three apps: Word, Excel and PowerPoint. It integrates with Microsoft's Skydrive cloud storage product, and you’ll have instant access to documents there if you use the same Microsoft account for Office Mobile to sign in.

Note that you will need to use Skydrive and can’t store files locally on the device or on other cloud storage services, which is a limitation. 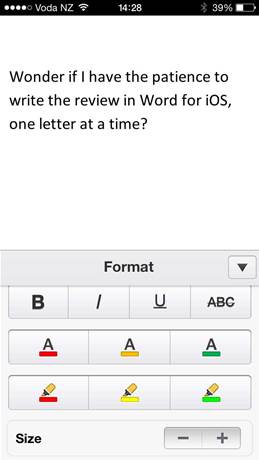 Second thing you notice is that the apps run fast but are very basic. You can copy text, add comments, and do some rudimentary editing and formatting. For fancier features like checking spelling, different fonts, adding images and more, you’ll find yourself heading for the full or web version of Office.

The Excel mobile app comes with a collection of formulae which is handy, but graphing and other advanced features aren’t there. While you can view and edit (to some extent) PowerPoint files you can’t create them in Office Mobile, which is odd as of the three apps, that’s the most obvious one people with portables would use. 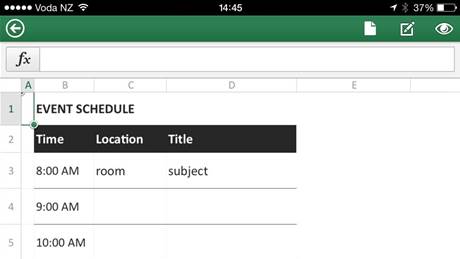 Annoyingly enough, Office Mobile takes over as the default application for opening Word, Excel and PowerPoint documents; on my test iPhone, this meant I could no longer start up the free Office web apps on the Skydrive site to create and edit documents there. 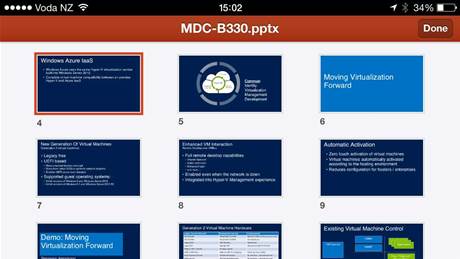 Essentially, Microsoft Office Mobile for Office 365 Subscribers is a set of document viewers with basic editing functions and cloud storage enabled. It appears to be a straight copy of the Windows Phone 8 variant, with a similarly small feature set.

Leaving aside the issue of working with word processing documents and spread sheets on a small high-resolution display and inputting text one letter at a time with an on-screen keyboard, the best thing about Office Mobile is that could come in handy in an emergency for Microsoft customers away from their computers.

Other than that however, it doesn’t add much value to Office 365 subscribers with iPhones – there is no version for high-res iPad screens yet, but the apps will run on those devices too, albeit with the usual image scaling issues. It's better to stick to the more fully fledged web versions instead.