What skills will IT need in a cloud world? 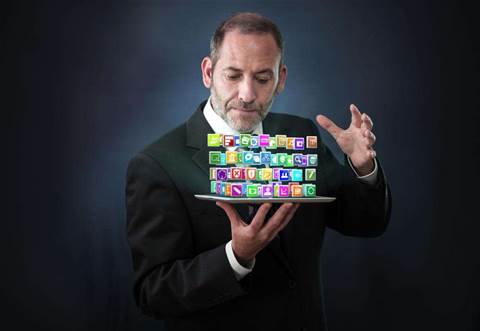 Does your organisation still value internal IT?

Gus Balbontin may not look like your enemy, but he is a symbol of what is effectively becoming your biggest problem – if, that is, you're an IT practitioner trained to manage internal systems.

There is likely to be a Gus in your organisation. Maybe several of them. And while it isn’t their intention, Gus might be about to make you obsolete.

Balbontin is director of transformation and publishing with Lonely Planet, the global travel colossus that ships over six million books every year from warehouses around the world.

He is excited about what has been made possible by the company's decision to abandon nearly eight years of investment in its monolithic SAP back-end system – in favour of an entirely cloud-hosted business environment delivered as-a-service by NetSuite.

“We are a global brand with a very ambitious agenda to grow even further, and quickly,” explains Balbontin. “Doing that in the current system is cumbersome, complex, takes time, and gives you a headache.”

“We knew that to chase our vision and strategy, we had to become far more nimble. The biggest part for us was not the SAP move, but the fact that we're moving to the cloud and simplifying our physical dependencies on servers and so on. It's hard for us.”

Across nearly every industry, scores of SaaS providers are harnessing enthusiasm for cloud services in the business community – and much of that enthusiasm is coming from non-IT staff.

Indeed, when Salesforce.com invites customers to their global events like this week’s Dreamforce Summit in San Francisco, it is usually line of business managers that are highest on the invite list, not IT directors. They are, in many respects, an easier sell - focused on features and business processes, less so on integration with existing systems, on network performance, IT security or contract risk.

This creates a challenge for internal IT staff - at times left out of business conversations or looked over for new projects. There is a strong possibility that the storage and server admins that held systems together for decades may require new skills to adapt to the cloud computing world.

Given its roots in such technical concepts as service oriented architecture (SOA) and server virtualisation, you could be forgiven for thinking that implementing a cloud transformation is largely a technology project, primarily requiring technology skills.

But that’s not how today’s recruiters see it.

“It's not good enough anymore just to have a certificate within a certain technology,” says Ravi Rao, director of recruitment firm Hunter Professional.

“Organisations that adopt cloud solutions find a reduced need for technical hardware and software skills,” agreed Tim Davis, director of ICT with recruitment firm Hudson, who has seen a dramatic shift in the types of people organisations are requesting as they move to embrace the cloud.

“The hardware market - and the demand for people that support it - is declining rapidly,” Davis explains. “This is probably even more dramatic in Australia than elsewhere.”

As cloud offerings mature, adoption is being driven at the executive level – where cost pressures are forcing a reconsideration of the old ways – rather than at the IT level, where limited staff are often run off their feet just keeping the existing technology working.

The technology skills required for an internal IT shop to develop solutions at cloud speed haven’t often had the chance to develop.

“Clients want multi-skilled people, because everything is now integrated,” Rao said. “But there's a bit of pessimism among companies wanting to do cloud, because it's new and not many people have the skills. They're trying to do cloud on a budget, but a lot of this stuff requires the company to develop their staff.”

It's not for lack of trying, or intent: Hudson's latest hiring-intention figures suggest the ICT industry leads all others in its intention to employ permanent staff (up 3.3 percent quarter-on-quarter, to 35 percent) and contractors (24.1 percent).

A large part of that demand, recruiters suggest, comes from companies eager to tap into the cloud but unable to find adequate internal skills to make it happen.

Read on as we discuss new training options for the cloud world....