Torvalds on where Linux is headed in 2008 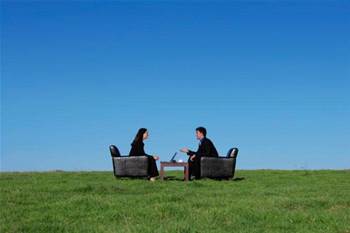 The creator of Linux is excited about solid-state drives, expects progress in graphics and wireless networking, and says the operating system is strong in virtualisation despite his personal lack of interest in the area.

With new releases of the kernel coming every two to three months, Linux continues to test the limits of the open-source development process. Moving forward, the roadmap for the open-source operating system indicates a constant drive to add features, while maintaining quality and stability.

To get some perspective on what lies ahead in 2008, we caught up with Linus Torvalds via email. His responses touched on the Linux development process, upcoming features, and whether he's concerned about potential patent litigation.

I'm the wrong person to ask, for multiple reasons. First off, I'm somewhat biased, of course. But the other reason is that I don't even know -- or really care -- how Windows Server development actually proceeds, so how could I even compare and make an intelligent point?

I simply don't use Microsoft products, not because I hate them, but because they aren't interesting to me.

So, yes, with the above really big caveats, I obviously do believe that Linux development tends to be a lot more efficient than the alternatives -- both inside the kernel but in many ways even more so in all the things going on around it. And I don't mean Windows in particular, I mean any behind-closed-doors-commercial-proprietary model.

And as to why, let me instead answer your second question, because I think that one is more directed.

In your opinion, where does Linux shine versus Windows? Reliability? Virtualisation?

I think the real strength of Linux is not in any particular area, but in the flexibility. For example, you mention virtualisation, and in some ways that's a really excellent example, because it's not only an example of something where Linux is a fairly strong player, but more tellingly, it's an example where there are actually many different approaches, and there is no one-size-fits-all "One True Virtualisation" model.

And not only do we tend to support many different models of virtualisation, but one telling detail may be that I am personally so totally uninterested in it, that I am really happy that I have almost nothing to do with any of them.

And I mention that as a strong point of open source! Why? Because it actually is a great example of what open source results in: one person's (or company's) particular interests don't end up being dominant. The fact that I personally think that virtualisation isn't all that exciting means next to nothing.

This is actually the biggest strength of Linux. When you buy an OS from Microsoft, not only you can't fix it, but it has had years of being skewed by one single entity's sense of the market. It doesn't matter how competent Microsoft -- or any individual company -- is, it's going to reflect that fact. In contrast, look at where Linux is used. Everything from cellphones and other small embedded computers that people wouldn't even think of as computers, to the bulk of the biggest machines on the supercomputer Top-500 list. That is flexibility. And it stems directly from the fact that anybody who is interested can participate in the development, and no single entity ends up being in control of where it all goes.

And what does that then lead to? Linux ends up being very good at a lot of different things, and rather well-rounded in general. It's also very adept at taking up any new niche, because regardless of where you want to put it, not only has somebody else probably looked at something related before but you don't have to go through license hassles to get permission to do a pilot project.

Where will the Linux kernel gain added strengths in 2008?

We really are pretty much all over the map. One of the fun things about Linux, and certainly the thing that has kept it interesting over almost two decades now, is how different people have different goals and the hardware keeps changing under us too.

So a lot of the effort ends up being hardware-related. Both in terms of peripheral drivers and simply in platform changes. The bulk of the kernel really is about hardware support, and that alone keeps us busy. The situation in graphics and wireless networking devices -- both of which have been somewhat weak spots -- is changing, and I suspect that will be a large part of what continues to happen during 2008 too.

One of the things I personally am really interested in is the move over to SSD (solid-state drives) disks. I'm a huge believer in reducing latency, and some of the better SSDs are changing the whole game when it comes to access latency, which in turn has potentially big impacts on the kernel -- and while they are currently expensive enough to be a pretty minor player, that is certainly looking to change in 2008 and later.

And you already mentioned virtualisation. It may not be my favorite area, but it's certainly a happening one ;)

But in the end, a lot of this is just a huge amount of individually small changes that may not be even interesting on their own - what is then really stunning is how big a difference all those small not-so-interesting changes make when you put them all together.

In other words, I'm a huge believer in the "99% perspiration, 1% inspiration" rule. It's a lot of hard -- but happily, mostly interesting -- work, and there is seldom, if ever, any single big silver bullet. So 99% of all the real work that will go on during 2008 is just more of the same, and that's really the important part!

Do you think there is any way Microsoft, patent holders, or lawyers can take direct aim at the kernel development process and impede it?

I'm again the wrong person to ask. I work on the technology, and I make sure we do that as well as we can (which does include the ways we do it, including things like doing all the copyright certification we do), but I think that when it comes to these issues, you're really talking about marketing and FUD, not so much anything I'm able to really answer.

See original article on InformationWeek.com
Got a news tip for our journalists? Share it with us anonymously here.