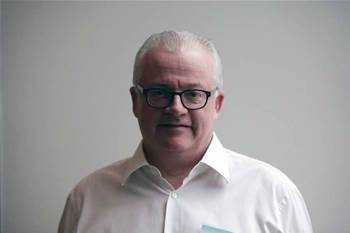 Specsavers Australia is considering consuming asset, property and lease management software over the wire, as part of a multi-year shift towards cloud computing.

The retail optometrist chain – a subsidiary of Specsavers in Britain – has two virtualised data centres in Australia for its 320 local stores.

“We’re thinking of starting to look a little bit more at moving to the cloud,” he said.

“We’re a full Google Mail, Google Docs shop now, and we’re rolling that out to our 320 stores as well for the directors of the store and store managers at this point in time.

“I think over time, everyone will be 100 percent cloud. For us, we need to update and upgrade our systems to a point where I’d be comfortable with having them in a cloud; where I don’t have to physically touch them as much as I do today.”

Baxter said Specsavers’ asset, property and lease management systems were ideal candidates for its next cloud move, because a third-party provider already managed those systems.

“They currently sit at a provider’s place, on a server,” he said. “It’d probably be better to pop them onto a cloud."

Baxter expected to take more than two years to begin moving other systems – including legacy manufacturing and customer relationship management systems – to the cloud.

He hoped the asset, property and lease management moves would allow Specsavers to improve its understanding of the cloud and win the confidence of business leaders.

“We want to get our foot in the water and just play with it [cloud computing] a bit and understand how it functions. [Those areas] are where we’d play in first,” he said.

“What it will do is give us a vehicle moving forward to say we have tested it, we have tried cloud, a number of people in the office have been using cloud technology … so it doesn’t have to be such a big, bold step.”