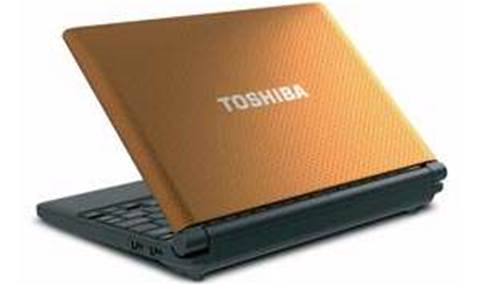 One of the least exciting areas of computing in recent times has been netbooks, thanks to the strict hardware requirements of the cheap-for-OEM Windows Starter Edition and the glacial pace at which Intel has released new Atom chips.

This is already changing with AMD's launch of its Fusion APUs. In a very savvy move, it has targeted the first of these hybrid CPU/GPU chips at the netbook space, and we are already seeing manufacturers leap on the processors.

Fusion offers a few key benefits over Atom. It uses an out-of-order execution core, much like modern desktop processors (it enables more efficient workload management). Intel's Atom, on the other hand, is a largely sequential execution core. This design vanished from the desktop around the time of the Pentium 3.

Toshiba is using AMD's low power variant of Fusion, the C-50, in its new NB550D netbook. This APU has two cores running at 1 GHz as well as a Radeon HD 6250 graphics core, all running with a 9W power draw. It has 1GB of DDR3, 250GB hard drive and supports Dolby Advanced Audio. The 10.1in, LED backlit screen is crisp and clear but it does only support a miserly 1024 x 600 resolution.

This is all packed into a fantastic chassis. This is how netbooks should be designed. The only glossy plastic surrounds the screen; the rest of the netbook is built in rugged, matt-black plastic with enough of a hint of texture to make it feel grippy. The lid is made of coloured, dimpled plastic, which looks metallic and contributes to making the NB550D feel incredibly robust. This dimpled design is also used on the inside of the netbook, with two large speakers sitting underneath the keyboard.

These speakers are Harmon/Kardon branded, and produce some of the best sound that we have heard emanating from a netbook. The only real issue with them is their placement – when typing they fall under ones palms, which muffles them somewhat. However, when they aren't being obscured they deliver crisp, accurate-sounding audio (they are a touch limited in the bass department, but this is a minor issue).

On the sides are three USB ports (sadly all only USB 2), Ethernet, audio and mic jacks and a HDMI port. HDMI is one of the advantages that Fusion has over Atom – in order to get an Atom netbook with HDMI you need Nvidia's Ion graphics chip, which adds both price and power draw. The power switch sits under the screen, which is nifty design but means you need to open the screen all the way to power the netbook.

We had serious issues trying to get our Real World Benchmarks running on the NB550D. This seems to be down to the low screen resolution and memory on the netbook (our benchmarks currently replicate heavier desktop workloads, which we are working on updating). In lieu of this we ran our own test, connecting the netbook via Wi-Fi and running auto-refreshing webpages in three tabs in Chrome, while also looping MP3s in Windows Media Player. With this happening, the NB550D managed to run for five hours and twenty minutes before running out of juice – certainly no slouch in the battery life department.

Despite the benchmark issues, our general experience with the NB550D has been fantastic. Its responsive, snappy behaviour belies the relative low power of the hardware under the hood. Graphically it delivers everything we hoped for – while this low-end APU is by no means suitable for gaming, it runs HD Youtube videos flawlessly and copes admirably with the other video formats thrown at it.

Our only major concern is the very low amount of memory. 1GB may be suitable for a Linux environment, but Windows 7 is at its heart a memory-hungry desktop OS. Once you assign RAM to the integrated graphics, and hand over what Windows demands, there is around 100MB of free RAM to use for applications.

This will ultimately be the main bottleneck in the NB550D, and even doubling it would likely push this straight to the A-List. As it stands we love this little powerhouse, but it could be so much more.