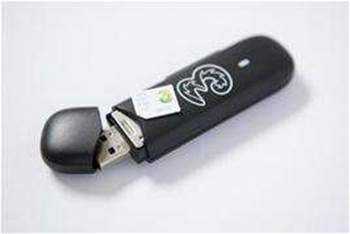 Three was the first company to bring 3G services to Australia, but that was a long time ago.

It is essentially now a Vodafone sub-brand under parent company Vodafone Hutchison, but there are some striking network differences, and a lack of network sharing to date.

That’s likely to change in the future, presumably in line with Vodafone’s declaration that it’s (in effect) going to rebuild and improve its entire 3G network; but we could only test with what Three would charge you real money for right now.

Compared to the other major wireless broadband providers, Three’s coverage map is woefully small. Its 3G footprint is based around metropolitan capitals only; they don’t and won’t sell plans to customers outside those areas. If as a Three customer you do find yourself outside its coverage zones, there’s the costly option to take up roaming on Telstra’s network at a hefty 50c/MB.

Like parent Vodafone, Three’s offerings are from Huawei; we tested with an E122 modem that’s technically HSDPA capable of up to 7.2Mbps, as well as a Three-branded MicroSIM for iPad. As with the other providers utilising Huawei modems, the connection software is simple but functional, with only a Three splash screen to differentiate it.

So Three’s coverage areas are smaller than Vodafone, but that’s only the start of the bad news. Despite the expensive roaming option, in all of our NSW-based tests Three failed to connect at all with either the USB key or the iPad MicroSIM, no matter what we tried. Even in the areas within Three’s Mobile Broadband coverage zones we consistently found that both the USB modem and microSIM recorded the lowest speeds in our tests.

Three’s previous saving grace was that it was a budget provider of phone and mobile broadband services, but somewhere in the merger with Vodafone, somebody decided to actually offer worse value through Three than with Vodafone itself. Post-paid plan prices aren’t as costly as Telstra or as confusingly placed as Optus, but compared to the significantly better speeds of Virgin or even Vodafone, it comes across as particularly poor value.

This makes Three the easiest mobile broadband provider to assess, as it’s both very slow and not particularly good value compared to your other options. As such, there’s no real reason to bother with it if you’re seeking out a broadband provider, and if you’re already a Three customer, we’d suggest jumping ship.