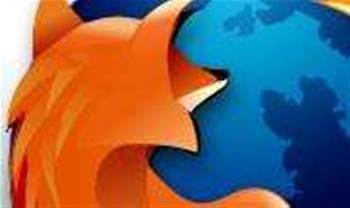 Will last month's launch prevent Mozilla from being squeezed out of the browser market?

Having topped Internet Explorer to become Europe’s most used browser, Firefox now oddly finds itself under greater pressure than ever. Not only has Microsoft largely got its act together with the much-improved Internet Explorer 9, Mozilla’s once-close ally Google is also gobbling up market share with Chrome.

On March 22, Mozilla launched Firefox 4, after a prolonged testing process that had dragged on since last November. Will the newest version prevent Mozilla being squeezed out by the two browser superpowers?

All the major browsers are currently going through a minimalist phase, and Firefox 4 is no exception. The dated-looking dropdown menus of Firefox 3.6 have been shoehorned into a single Firefox button in the top-left of the browser, although there remains the option to turn on the old-school menu bar for traditionalists.

Gone, too, are the rest of the browser buttons, with only back, forward and the stop/reload button remaining permanently in place. The result is a clean, modern-looking browser with tabs now nestling neatly at the top of the window.

If all that sounds a tad too austere, Firefox provides the option to customise the toolbars, so you can reintroduce Print and History – or add a button for one the most interesting new features in Firefox 4: Tab Groups.

Designed for power browsers with multiple tabs open simultaneously, Tab Groups (confusingly also called Panorama in some places) allow you to drag and drop open pages into different categories: one group for news sites and another for webmail accounts, for example, each contained within distinct browser windows.

Tab Groups can be renamed and resized, with the grid of thumbnails shrinking into a neat stack if the group’s window isn’t big enough to accommodate them all. Better still, you can have your customised groups ready and waiting for you the next time you fire up the browser by choosing “Show my windows and tabs from last time” from Firefox’s General Options menu. It’s a magnificent feature, although the Aero glass-style interface can hinder performance on slower PCs.

Aside from Group Tabs, Firefox is relatively light on new features. The most notable newcomer is Sync, which has been promoted from an add-on to a core browser feature. This not only synchronises your bookmarks, passwords and browsing history across your different PCs, but it also open tabs, allowing you to dash out of the office and pick up surfing where you left off at home. Sync also works with the Firefox Home iPhone app and the forthcoming Android version of the browser, providing near-seamless integration between mobile and desktop browsing.

The other big new feature is alleged protection from advertisers who track you from one website to another. Here, Mozilla has taken a markedly different approach to Microsoft, which introduced a similar feature in Internet Explorer 9. Instead of providing a blacklist of ad-tracking services, Firefox 4 transmits a “Do Not Track HTTP” header to websites.

Mozilla claims it’s “leading the Web towards a universal standard” with its Do Not Track feature, but the majority of websites currently fail to recognise the system. Indeed, Mozilla admits “users will not notice any difference in their browsing experience until sites and advertisers start to respond to the header”.

Thus in our tests, a quick browse of travel websites led to a subsequent barrage of holiday banner offers on proceeding news sites. Mozilla admits it’s adopting a “chicken and egg” approach, but we can’t help feeling that a more pragmatic solution would benefit users, at least in the short term.

Sluggish start-up times and a reputation for gobbling memory when running multiple tabs sent many Firefox users running into the arms of Google Chrome. Does Firefox 4 address either of these weaknesses? Not judging by our tests.

Firefox is still disappointingly inefficient at handing back memory. With five tabs open the browser chomped through 104MB of RAM in our tests – significantly less than either IE9 or Chrome – yet yielded only about 35MB of that when we closed all but the Google homepage. Both Chrome and IE9 are much more effective at releasing RAM when tabs are closed, so if you use a lot of tabs you'll still find the need to close Firefox down every so often to start from scratch.

And while Chrome patches are applied so discreetly that you often don’t realise the browser has been updated until a new feature appears in the menus, Firefox 4 continues to apply updates before you can get on with your browsing.

Firefox 4 is a mixed bag when it comes to browser benchmarks. It was marginally faster than Chrome in the SunSpider JavaScript test, but way off the pace in the more strenuous Futuremark Peacekeeper browser benchmark. Make what you will of Firefox recording an emphatic victory in Mozilla’s own benchmark suite, although it was significantly faster than IE in the Google V8 benchmark.

The open-source Mozilla has always bent over backwards to be standards compliant, and Firefox 4 remains steadfast in its support for open standards. It scores a near-perfect 97 out of 100 in the Acid3 Test and supports many of the new HTML5 and CSS3 features, such as plugin-free web video, the new web forms API, and CSS transitions.

In the ongoing battle over web video standards, Mozilla has thrown its weight behind Google’s WebM format, although a Microsoft-published plugin offers support for H.264.

When it comes to operating system support, Mozilla is second to none. Not only does it offer Mac and Linux versions of the browser, its Windows support also stretches down to XP – something that Microsoft has conspicuously failed to do with Internet Explorer 9.

The new versions are done and dusted, and the bad news for Microsoft is that you still have to look beyond Internet Explorer if you want the best browsing experience. That leaves you with an enviable choice: Google Chrome if outright speed and performance are a priority, or Firefox 4 if a more fully featured browser is what’s called for.

The latter’s new additions such as Sync and Tab Groups are a boon for power users, while the revamped interface is a welcome improvement on the dated-looking Firefox 3.6. With Firefox’s unparalleled library of add-ons to back it up, it runs Chrome extremely close for the best overall browser crown.

The best all-round browser for power users, but still lags behind Google Chrome in terms of outright performance.