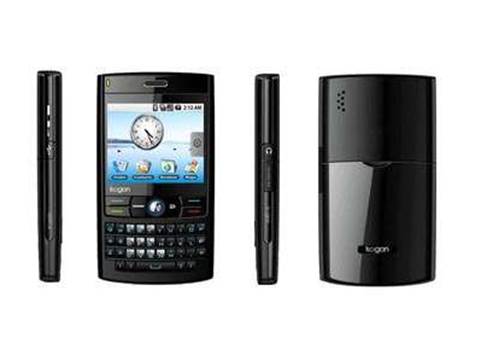 The next Google phone will be Kogan's Agora and it's looking to be much more understated, but perhaps sensible, design than the flashier T-Mobile G1.

This week Kogan technologies announced that as of January 2009, you'd be able to buy a new Android-based phone, the Kogan Agora and Kogan Agora Pro (and yes, they ship outside of Australia).

We haven't had the luxury of playing with the Kogan Agora yet (we're told review units are not available yet), but meantime, there's some positive things to be said about the latest outing for Android.

Kogan Agora vs T-Mobile G1 - under the hood
The Agora is a smartphone stripped light - no GPS, no WiFi and no integrated camera. If you want those features, you'll have to jump up to the Agora Pro. Kogan's web site is currently taking orders for the Agora and Agora Pro with scheduled dispatch on the 29th of January 2009.

While cheap and cheerful, the Kogan Agora might be just the dose of design practicality needed to give the Android platform some street-credibility. The T-Mobile G1 received a rather lackustre response when it debuted earlier this year, with reviewers praising the concept, but bemoaning the chunky handset, and lack of VOIP.

Out goes the Touchscreen
By throwing out the large screen, Kogan may have recitified one of the biggest criticisms of the G1 - the design. The Agora has a Blackberry-esque look, with a QWERTY keyboard designed more for email and text than Youtube (although there is a Youtube client). Meanwhile the G1 seems like it's trying to be both an iPhone and an HTC Touch Pro.

Battery life
Check the specs, and you'll see Kogan is claiming similar battery life to the G1 - up to 300 hours standby, and 6.6 hours talk time. Given there's a smaller screen, and no GPS or WiFi though on the entry Kogan phone, we'd expect to see better battery life in the real world.

What's with the name - Agora?
At first we thought Kogan's choice of name was referencing those fluffy jumpers beloved of Ed Wood Jr, but it's actually a reference to the greek word for "marketplace". But in the fierce marketplace of modern smartphones, how will Kogan's $299 Agora and $399 Agora Pro stack up?