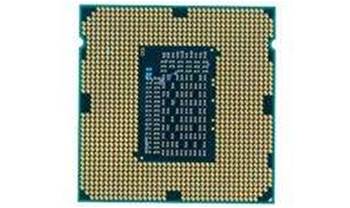 There's a price to be paid for performance.

Launched in January, Intel's Sandy Bridge processors were initially dogged by a chipset manufacturing problem but it's resolved now, and the range offers some attractive options.

A brand-new core design enables the chips to do more at a given clock speed than their predecessors. The humble Core i3-2120 runs at a slightly slower 3.3GHz frequency than the mid-range i5-660 from Intel's older 1156 platform, but it achieved higher benchmark scores across all our tests.

With the Core i5 and i7 models, the difference is even more dramatic. The Turbo Boost feature that dynamically ramps up the clock speed isn't new, but Sandy Bridge chips do it much more aggressively than their forebears.

As a result, the 3.3GHz Core i5-2500 blew previous Core i5 processors out of the water in our tests.

The only question mark hangs over the price. Intel's pricing looks decidedly restrained, but there's simply nothing here for system builders on a tight budget, with only the very low-end Core i3-2100 dipping below the $150 mark.

Motherboards can be pricey, too, starting at around $70 and going all the way to the $500 range.

On the upside, all Sandy Bridge CPUs include the latest HD Graphics processors, which can keep things compact and efficient.

They're not powerful enough for serious 3D performance, but they'll certainly do for desktop tasks and casual, low-resolution gaming - as long as you buy a motherboard with video outputs.

The two unlocked K models let you squeeze even more power out of the processor by adjusting the Turbo frequencies as high as you like. That's a great deal, because these 32nm chips have bags of headroom: with a standard Intel cooler, we boosted the i5-2500K right up to 4.4GHz, even when firing on all four cores.

Which one should PC builders buy? If you're happy to run at stock speeds, the Core i3-2100 delivers the most power per dollar.

Its performance is only on a par with AMD's Phenom II X4 970 BE, but it's cheaper and the platform is likely to have a longer life, so you could hang on to the motherboard and upgrade the processor in the future.

Move up the range and you start to pay more and more for small performance benefits. That's particularly obvious with the top-end Core i7-2600.

Across our benchmarks it proved only six percent faster than the Core i5-2500, yet the price is more than 30 percent higher. Unless you really need the Hyper-Threading feature, we'd steer clear.

It makes sense to plump for a mid-range Core i5 model. Any of them will give satisfactory performance, but the difference between the low-end and top-end models is pronounced enough to be noticeable.

Since you're already splashing out on Intel's latest and greatest architecture, we recommend you spend the extra money and treat yourself to a Core i5-2500.

For those who are happy to tinker with clock speeds, the choice is a no-brainer. An overclocked Core i5-2500K offers gobsmacking performance at a reasonable price. Don't bother moving up to the Core i7-2600K: it's unlikely to achieve frequencies any higher than the i5.