Review: Benq Joybook Lite U101, steams into the front-running for cheap 10.2in netbooks 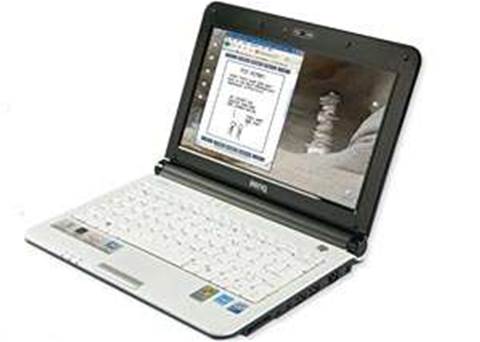 It's not widely available, but with this battery life on offer the BenQ Joybook Lite U101 should be

BenQ have been all quiet on the laptop front in recent years. You would be lucky to find them at small computer stores, and they definitely weren’t in evidence at major department stores.

So when BenQ visited the labs a couple of months ago, just as they were preparing to launch a new all-in-one Atom system called nScreen, we were surprised to hear that their netbook had been selling quite well. Then we asked if we could take a look at one.

“It’s not widely available,” said BenQ’s product manager, who has since moved to Samsung to be part of their newly-formed IT team. This bodes well for the appearance of Samsung laptops on Australian shores in the near future, but left us without a netbook.

Fortunately, the lovely folk at Anyware came through, sending us one to take a look at. And we’re very glad they did. Although the BenQ Joybook looks like a clone of some of the cheaper netbooks, it stands out in a number of ways.

The first of those standout features is the battery life. We’ve been seeing more and more 6-cell batteries on netbooks as executives realise that lugging a 1kg netbook to conference and taking a day’s worth of notes is far simpler than lugging a heftier, far more expensive laptop. And the average netbook battery life is equal to many standard laptops, with a few models going much better.

The unchallenged leader in that regard so far has been the 8.9in EeePC 901, at 8hrs 13mins for our Light Use test and a phenomenal 4hrs 43mins in our intensive use test. 10.2in models with that kind of battery life haven’t appeared, although the recent MSI Wind 120H managed a creditable 6 hours of Light Use.

But the BenQ steams into the front-running for 10.2in netbooks. Its 7hrs 47mins in our Light Use battery benchmark is nothing short of astonishing, and it manages an excellent 3hrs 57mins on our punishing Intensive Use testing too, running PhotoShop, encoding music and video and crunching massive spreadsheets simultaneously for that entire four hour block.

If all you care about is battery life, then it might be tempting to choose the EeePC 901, regardless. But before you do, it’s worth considering how the BenQ stacks up in other areas. Apart from the larger 10.2in 1024 x 576 backlit screen, the BenQ offers a 160GB hard disk, compared to the 901’s 20GB SSD. The BenQ also performs about 10% better in our benchmarks than the 901, and its score of 0.43 equals the best performing netbooks we’ve seen.

When it comes to connectivity, the two models are practically identical. Both have an 802.11n wireless module and a Bluetooth adapter to extend the appeal to those on the move. The physical ports are also identical, so you get VGA, three USB ports, Ethernet and a 4-in-1 memory card reader.

But that’s where the other standout features come in, like the great build quality, for example. The BenQ flexes under pressure, but shows no warping or serious bending. The keyboard and mouse, too, are better than the EeePC – more like the Aspire One, as well as being around 92% of a full-size keyboard, providing more comfort while typing for most people. The lid helps it look more like a traditional laptop, with patterning and a choice of colours (royal blue, black, silver or pink).

It weighs in at 1.3kg, compared to the 1.1kg of the EeePC 901, and it comes only with Windows XP – with the EeePC 901 you can choose between Windows XP or Linux. But given the increased usability and excellent battery life, the BenQ JoyBook comes out just ahead and is the best performing 10.2in netbook we’ve seen so far.

It’s a rare thing when a product completely lives up to its name, but the BenQ JoyBook Lite manages to do exactly that. At $583, a mere 1.3kg and with 8hours maximum battery life, this is one netbook we’re happy to recommend.