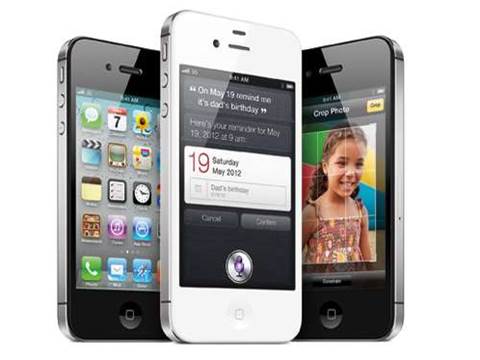 Extra grunt, a spruced up camera and the ability to talk back.

No, it’s not the mythical iPhone 5 we’ve been waiting for. Instead we’ve got the iPhone 4S, an incremental upgrade following in the tradition of the iPhone 3G S unveiled by Apple two years ago.

The 4S is not a major redesign as we saw with the iPhone 4, but rather a refresh to keep Apple in the game as competitors go from strength to strength.

It may be an evolution rather than a revolution, but the iPhone 4S has a few tricks up its sleeve to tempt the Apple faithful to upgrade and perhaps win new users. The 4S’ key improvements are a faster processor, an improved camera and Siri intelligent speech recognition.

See our photos of the iPhone 4S' unboxing.

How fast is it?

It’s generally considered that the S is for Speed, so how fast is the new 4S compared to the 4 upgraded with iOS5? So far, we'vfe found that flicking between the menus we didn't feel a difference, nor when launching basic apps.

This in itself is a blessing, as previous iPhones have generally been crippled by iOS updates and it’s taken several months for them to come good. The iPhone 4 seems fine but the news might not be so good for older devices and it will be interesting to see the reports from 3G S owners.

The time it takes to launch the camera has always been a telltale sign of a slow iPhone. With nothing else running, the iPhone 4 takes around 2.5 seconds to launch the camera and open the iris so it’s ready to shoot. The 4S cuts this down to around 1.5 seconds. The 4S also takes better shots, but we’ll get to that in a minute.

Launch the browser and you also see the benefits of the speed of the 4S. Throwing complicated webpages at Mobile Safari, such as the front page (non-mobile version) of PC & Tech Authority and other media sites, saw the 4S shave anywhere between 10 to 40 per cent off page load times.

Of course we’re only talking about a few seconds difference, but it’s clear the 4S’ faster A5 chip is helping.

To really push the 4S we loaded up several apps that push the hardware to the limits. The graphics-intensive car racing game Need for Speed: Undercover showed off the clear improvement in the 3G S over the 3G, yet the performance is indistinguishable on the 4 and 4S.

Switching to Firemint’s newer Real Racing 2 saw the 4S prove its worth. Everything ran just a bit smoother, although the difference isn't great enough to tempt us to put our iPhone 4 in the bin.

It’s not until you pay attention that you realise the game actually looks better on the 4S - for example, there is extra light flare, reflections and detail on the road.

Other intensive tasks helped demonstrate the 4S’ extra firepower compared to the 4, although it's far from a crushing defeat. When editing large files in Pages, the 4S keeps up with key strokes better, but not by much.

A more telling test is firing up the Tom Tom sat-nav app, playing music in the background and going for a drive.

Our first impressions are that the 4S registers unexpected turns sooner and recalculates routes slightly faster. The difference isn’t breathtaking, but certainly welcome if you’re frustrated by your sat-nav app’s sometimes sluggish performance on the iPhone 4. It’s multi-taskers that will most appreciate the extra grunt.

Sure Apple has made plenty of tweaks with the new 4S but, to be honest, if your current iPhone doesn’t feel sluggish after the iOS5 upgrade, then you’re unlikely to appreciate the speed boost. At least not yet.

If you are bumping up against the iPhone 4’s limitations then the 4S’ performance gains will offer welcome relief - but it's not perhaps enough to convince us that it's worth breaking our current contract. iPhone 4 owners on a 24 month contract still might want to hold out for the iPhone 5.

Keep in mind that app developers will now start taking advantage of the 4S’ improved capabilities, so we will see more of a day-to-day difference between the 4S and the older 4 in time.

If you’re looking to buy a new iPhone today, spending extra on the 4S, instead of a discounted 4 would be a wise long-term investment. Real Racing 2 is a perfect example of how the iPhone 4S will get better over time as developers tap into its power.

Taken with the iPhone 4S. Image size reduced for Web. Click to Enlarge.

Taken with the iPhone 4. Image size reduced for Web. Click to enlarge.

Talk of an improved camera has always been a major drawcard for new iPhones and Apple hasn’t let us down here - boosting the resolution to 8 megapixels while improving the optics and dynamic range.

The difference between the two phones is more noticeable here, especially when taking photos in challenging light conditions. In the photo of the tricycle below, the 4S offers extra detail in the shadows without washing out the background bathed in bright sunlight. Meanwhile, the flower shot above shows off those extra megapixels, even though I’d say the 4 offers slightly better colour accuracy.

Taken with the iPhone 4S. Image size reduced for Web. Click to enlarge.

Taken with the iPhone 4. Image size reduced for Web. Click to enlarge.

There are a lot more new features to explore, particularly thanks to the iOS5 upgrade, and on first impressions the iPhone 4S seems a worthy successor to the iPhone 4. The gains aren’t breathtaking, but build a solid platform for iOS in the future.