Opinion: How to survive the Government ICT review 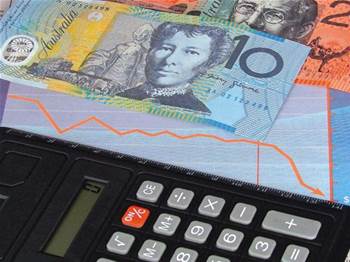 The Whole of Government [WoG] ICT review to be conducted by Sir Peter Gershon has the potential to significantly cut costs and increase efficiency. But an Ovum analyst warns it could create both short and long-term disruption to Government agencies and suppliers.

Steve Hodgkinson, Ovum's Research Director, says the review is an attempt to change the fundamental workings of Government ICT.

“Basically, ICT is managed on an agency-by-agency basis, which is good in terms of agency-focus, but bad in terms of duplication [and] possible inefficiency,” he says.

The review is an attempt to bring ICT under centralised control. The main motivation is cost cutting, Hodgkinson says, but it is also part of a global trend to re-centralise the basic infrastructure of Government.

Although the review itself will concentrate on a small group of agencies to provide a snapshot of Government ICT use, it could lead to some major changes for IT departments Government wide.

Ovum has predicted that the review's recommendations will include granting the WoG CIO more power, designing a new WoG planning process, and providing strengthened approval and oversight controls.

Although Hodgkinson says there are advantages to a centralised Government ICT model, he warns that centralisation can also lead to pitfalls which the agencies under review must be careful to avoid.

Agencies must ensure key personnel and resources aren't too tied-up with the review, he says, lest they risk operational efficiency.

They should also be wary of putting projects relevant to the review on hold while they await decisions that may never come.

But perhaps most importantly, he warns that agencies should be extra vigilant to ensure shared projects with a WoG scope don't become a “governance swamp” which bogs down progress on crucial agency projects.

Many of these concerns will be applicable to every agency if the review leads to Government-wide changes.

Hodgkinson also has advice for the agencies under review.

He recommends they assign their best people to follow the review and inject their own ideas.

“The best way to influence the review is from the inside,” he says.

He also advises agencies get together now and start assembling data on ICT spend and activities, so they can brainstorm ideas to pitch to the reviewers and calculate risk management strategies.

Vendors who supply to Government organisations should also be aware the review could have a significant effect on them if their budgets change.

In the short term, Hodgkinson says vendors can expect to see the flow of contracts slow as CIOs await WoG tenders to be mobilised.

But in the longer term the impact could be more significant, with fewer, larger tenders offered to cover multiple agencies.

“Vendors will [likely] need to form consortiums and alliances to win the big jobs, so smaller firms need to work out how they will participate by partnering with larger firms to win the bigger contracts,” he says.