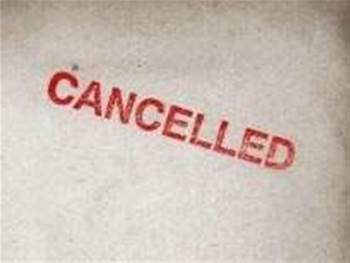 Just one day after the closure of Telstra’s CDMA mobile phone network, complaints are flooding into hotlines across the country with rural and regional callers blaming the shutdown of the service for everything from cot deaths to crop failures.

“My entire wheat crop has withered and died overnight,” said a farmer from Wheelabarrowback who asked to remain anonymous. “There was no signal from my NextG phone out there in the back paddock, and I’m certain the CDMA signal was keeping the crops alive until the rains come again. You know we never lost a single crop when we had a good CDMA signal. And it used to rain properly too. It doesn’t rain now we’ve switched to NextG.”

Another caller from Kickatinalong said her uncle had died overnight, almost exactly at the time the CDMA network was switched off. “What were they thinking? How can they just pull the plug like that?” she asked. “I mean, Uncle George just couldn’t face changing to NextG. He said he wouldn’t survive if they made him change and he was right. Telstra just has no compassion. He was only 107 years old.”

A farmer from the far western town of Tearabagapart told how he was trapped under his tractor for four days and had to gnaw off his own arm just to reach his mobile phone to call for help. “When I went to make the call, the stupid CDMA network had been closed, and instead I had to call out to the missus to help me,” he said. “She was real busy cooking scones and had to leave them to come and help me, and the scones got burned. This is totally unacceptable and we’re going to complain to our local MP.”

“I just don’t know why the government allows this. We’re going to need a mobile-network-relief package costing several billion dollars,” said local National MP, Iva Handout. “This is typical of the city-centric Labor government. They just don’t care about the bush. There are people and crops dying out here all because they insisted on selling off Telstra for a quick buck.”

A spokesperson for the Minister for Communications said mobile-network-relief packages would be made available, and rural and regional users could apply on the same multi-relief form, which now covers drought-relief, flood-relief, why-on-earth-do-we-live-out-here-relief, marrying-the-wrong-cousin-relief and the newly announced mobile-network-relief. Meanwhile, the opposition claimed the government was too busy relieving itself to govern properly for rural and regional Australia.
Got a news tip for our journalists? Share it with us anonymously here.