Focus on the job, not the title: the unconventional career path of Chris Bennetts 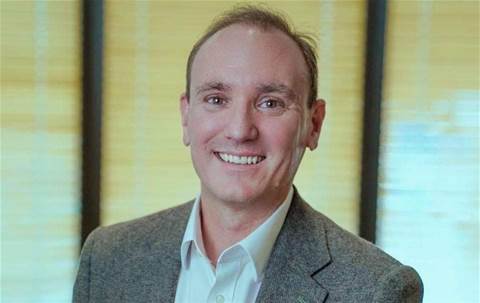 The Transport for New South Wales head of technology and innovation looks beyond the “shiny stuff”.

Chris Bennetts’ career path has been unconventional at times, but never dull. In his current role as head of technology and innovation at Transport for New South Wales, he oversaw a project to make real-time data available to third-party app developers so that public transport users can track their services and plan their journeys.

A recipient of the Public Service Medal, Chris has had a distinguished career working across both the private and public sectors, driving innovations that have positively affected large parts of Australian society.

Speaking to Di Rutter for PwC Australia’s Government matters podcast, Chris shared his insights about what makes a good leader, and how the concept of ‘mobility as a service’ has the potential to revolutionise how we view public transport.

It’s not what you study, but what you learn in the process

Having completed a commerce degree, Chris saw his Master of Business Administration as a way of formalising his understanding of business, particularly of consumer behaviour. It complemented another masters qualification in computer programming. However, he says he came to realise the field of study wasn’t as important as “what you learn through the process, how you work with people, how you think about problems, how you bring teams of people together to go solve.”

He spent the next 15 years leading technology product development for household names such as Nokia and Hewlett-Packard, working in Australia and internationally. But it was his first foray into international business, spending several years working for an electronics company in Taiwan, which Chris thinks were the most formative.

Take yourself out of your comfort zone

The decision to move to a country where he couldn’t speak the native tongue was no accident. He advises anyone starting out in their career to consider a stint working overseas:

I would say [it is] single-handedly the best learning experience you could ever have. And if you can do it in a culture where your native tongue is not being spoken and you are completely thrown in the deep end, all the better. The amount that you learn in a couple of months or a year is the same as kind of five or six years back at home.

Taiwan was followed by Finland, where Chris took a job with Nokia. This time the lesson for the native Queenslander was to beware of first impressions. After interviewing for the job in summer, Chris arrived in Helsinki to start work in the middle of a northern winter only to be greeted by snow and sub-zero temperatures.

Dealing with different people and different cultures led to another lesson in leadership: the importance of holding yourself to the highest possible ethical standard to inspire the same response from your team.

[People will] want to work with you because they know the way that you make decisions. And they will begin to model and do those same things as well. So, from a team leadership standpoint, if you hold yourself to account like that, everyone else will hold themselves to account.

Driverless technology the future of transport

Chris doesn’t believe that technology leaders need to possess a supernatural ability to predict future trends. In his other role as leader of the Future Transport Technology program, he feels that it was important that the initiative was upfront about the fact that: “we don’t actually know what the future looks like – we’re pretty sure no one does.” For Chris, people often fall into the trap of thinking innovation is “all about the shiny stuff … some new app or new toy that’s out there” when really it is all about “thinking creatively through a set of constraints” and then “really, really think[ing] about what the problem is that we’re trying to solve, what’s the job to get done.”

Chris applies the same down-to-earth leadership style in this role to harness the collective imagination and visions of industry partners and experts, start-up communities, research communities and students to develop a transport strategy and roadmap for the future. Central to the roadmap is how transport networks can be planned and designed better to serve commuters.

The program is trialling ‘connected autonomous shuttles’ across New South Wales to provide transport services on demand. Whether it be in “four years, six years or eight years”, Chris believes connected autonomous vehicles will be the next big disruption to the transport network, delivering ‘mobility as a service’. In other words: “How can we create a set of compelling transport options for you that’s so easy to use that you choose to leave your car at home?”.

If we get the answers right, according to Chris, the benefits for sustainability, congestion management, commuter safety, let alone commuter ease, will be enormous.