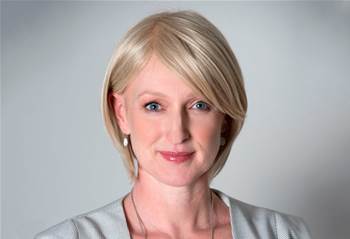 The inspiring career of Emma Hogan, Secretary of the New South Wales Department of Customer Service.

Emma Hogan is Secretary of the New South Wales Department of Customer Service. Her role is the first of its kind in the world. Having just moved to the public sector after a distinguished private sector career, Emma found herself in a maelstrom, dealing first with the horrendous bushfires in late 2019 followed by the COVID-19 pandemic. In a recent episode of PwC Australia’s Government matters podcast, hosted by Di Rutter, Emma talked about the path leading to her current role, the extraordinary challenges brought on by the events of 2019–20, and the process of formulating and implementing solutions, particularly around IT.

The road towards government

Emma had never imagined herself in a public sector role. She thoroughly enjoyed the challenges of the senior HR, communications and customer roles that she held, including for Woolworths, Qantas and Foxtel. Emma spent 10 years at Foxtel, starting in 2007 when the challenges the organisation faced were very different to those of today. ‘We hadn't heard of Netflix or Stan or any of the other streaming services then. It was an amazing decade that followed.’

While we have all become used to working virtually over the past 18 months, it was not the case during Emma’s time at Foxtel, and she would regularly commute between Sydney and Melbourne. On top of that, constant change was wearing. ‘Everything was about to change yet again, and I felt like I'd gone through three reiterations of the organisation, three amazing CEOs, and I just didn't feel like I could go again.’

Emma took six months off and wrote a book, Inspired kindness, about 30 ordinary Australians doing extraordinary things to change the world. It was primarily focused on people who had started charities or social enterprises because of a long-held passion, life experience or seeing a gap in in the market. Book sales provided others with benefits as Emma explains, ‘It was a beautiful coffee table book which we sold for $50 a copy. We printed a thousand, sold out and made $50,000’. She used to money to provide five grants of $10,000 to fund the next generation of start-ups.

The next opportunity came unexpectedly. ‘I got a call from a recruiter,’ Emma says, ‘telling me the Public Service Commissioner role is available and asking if I’d be interested in putting my hat in the ring.’ Emma had not heard of the role – she had to Google it – and had never thought about working in the government sector. But after extensive research, she became interested, applied, was appointed, and then had to deal with the many misconceptions about what working in government was like.

Being Public Service Commissioner turned out to be the best move of Emma’s career. Within 18 months she was offered the role of Secretary for the Department of Customer Service. She was torn because ‘I had started getting runs on the board, but I just didn't feel like I'd yet delivered anything,’ but it was another opportunity that was just too good to resist. 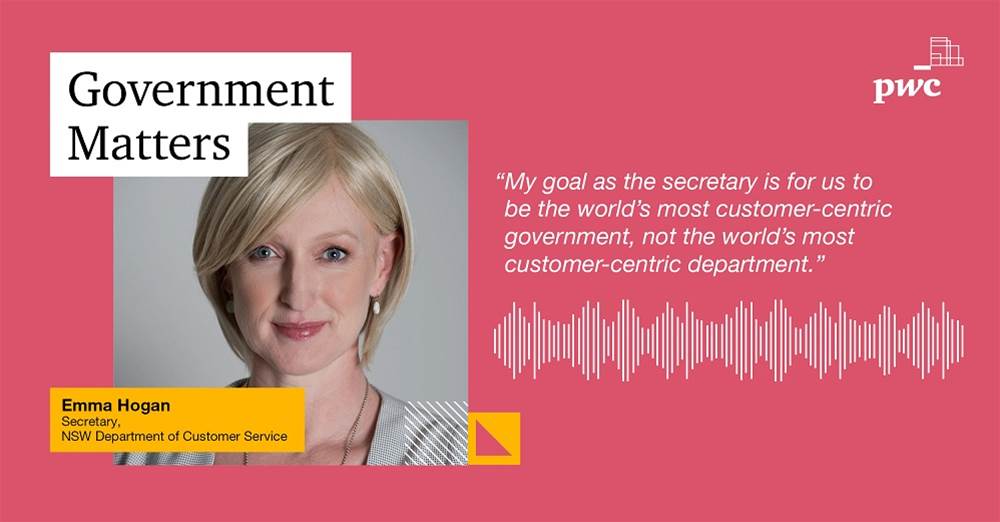 The Department of Customer Services was formally established on 1 July 2019. Emma had hardly begun the job of communicating to the public what the department was about when the December 2019 bushfires hit. As Emma says, ’My role was just not the same again.’

The department spent Christmas and January assisting its customers in recovering from the bushfires, liaising with other organisations and authorities such as Service NSW and the NSW Telco Authority. The department’s revenue teams quickly implemented hardship measures, others established communication channels, ‘everybody played a role.’

By February, the manic period was over, though, of course, there was plenty of ongoing support and services that still needed to be rolled out. Emma had a moment to recall the strategic path she was setting before the bushfires and start to consider implementation priorities. Then, in March 2019, COVID-19 hit, dominating the department’s activities and strategies ever since.

Services, many of them never considered, needed to be implemented and delivered quickly. As with almost all service delivery today, IT plays a critical role. For example, historically, volunteer firefighters were not paid. However, during the bushfires, they were asked to work day after day, with many foregoing their regular income or accumulated annual leave. A decision was made to provide a payment and the Department of Customer Services and Service NSW turned around a digital payment process within 14 days, immediately after Christmas. As Emma says, ‘I would challenge any private sector organisation to be quicker than we were.’

What Emma didn’t know then was that the action around these payments set the scene for the capabilities that were going to be needed in the near future. She points to initiatives the department was involved in such as Dine & Discover and QR code check-ins, the latter giving NSW Health immediate access to vital contact tracing information.

Not everything that is being delivered is related to the bushfires or COVID-19. Emma is particularly proud of the work done by her revenue team alleviating hardship in lower socioeconomic communities through schemes that allow for fines to be paid through working orders. It all contributes to Emma’s overarching goal to help the NSW Government become the world's most most customer-centric government.